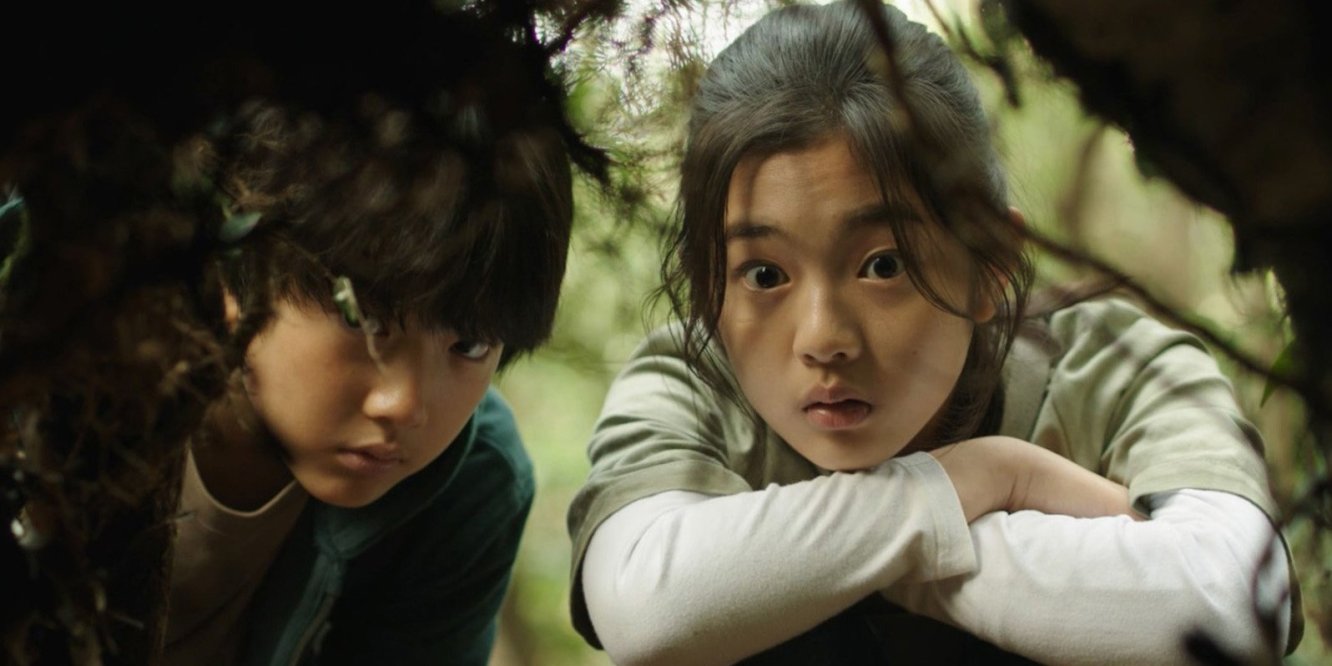 Science fiction films have always been a notoriously difficult genre to pull off. Add to that the fact that this film has no action and there’s a romantic relationship between a 29 year old man and a 14 year old girl, you would think that director Uhm Tae-hwa was actively trying to sabotage his own movie!

But I am pleased to say that Vanishing Time: A Boy Who Returned is a beautifully made film that can safely sit alongside other time-travel romance epics such as Somewhere in Time and The Time Traveler’s Wife (the book, not the film!)

My second South Korean film of 2016 (the first being the intense zombie film Train to Busan); Vanishing Time follows Su-rin (Shin Eun Soo), a 14 year old girl who strikes up a friendship with Sung-min (Lee Hyo-je), a boy from the local orphanage.

Along with two other boys they go exploring the local caves, but Su-rin is separated from her friends. On escaping the caves she finds that all 3 boys have disappeared and a massive police manhunt begins.

But suddenly a strange man (Kang Dong Won) starts chasing her and claims to be an adult Sung-min. But how on earth could this be true?

Unfortunately Vanishing Time does have the one significant flaw of just taking too long to set up. With most movies, the main plot and characters all should be set up within 10-20 minutes. True, you get the occasional film where these can happen separately. A good example might be Star Wars: A New Hope, where we find out the plot within 10 minutes, but it’s 20 minutes before we even meet Luke Skywalker. But it the case of Vanishing Time it takes almost twice as long to establish the stakes.

It’s truly a shame that this flaw exists because I fear that the average person will simply give up rather than stick with it. For those that do are in for a treat as the film takes on an incredible emotional resonance centred around loneliness across the passage of time.

Not being familiar with any actor in this film, it is genuinely a revelation to see Kang take on such a challenging age related role. With every stare and glance the actor effortlessly gets across the weight of years of suffering and solitude. It would have been easy for the portrayal of the relationship to accidentally become “creepy”, but his skill means this never once enters your mind.

But the real plaudits must be awarded to Shin. At only 14 years old it is absolutely insane that this role is her debut performance, as she brings both a childish wonder and wisdom beyond her years to the role. Without a doubt this portrayal can be held up against other great depictions by Hollywood girls such as Natalie Portman in Leon or Dakota Fanning in Man on Fire.

While this film might not be for everyone, if you’re a fan of well told romance or science fiction stories, then this is one I’d highly recommend.