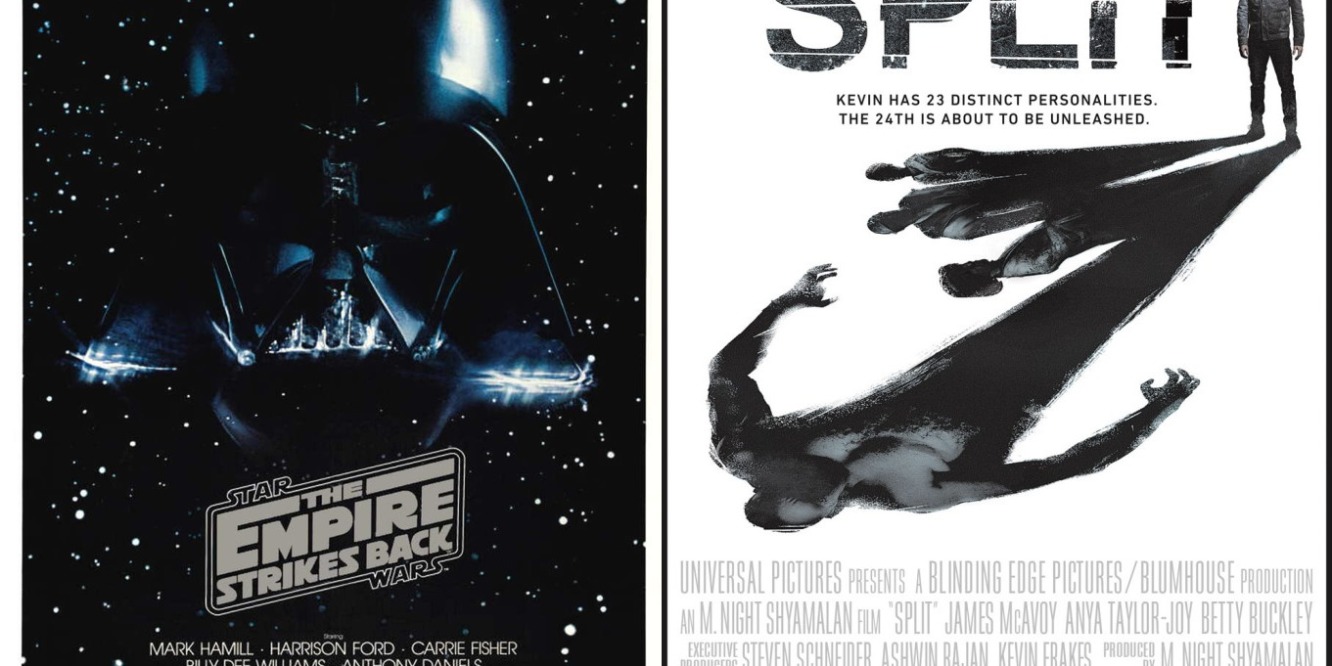 Spoilers for Split (2017), The Empire Strikes Back, Oldboy, The Sixth Sense, Terminator 2, Unbreakable and The Usual Suspects.

One of the downsides of being a massive film fan is that, no matter how hard you try, there is no way to watch every film ever made. Because of the nature of pop culture and its timeless influence on our society, it sometimes happens that I become aware of a plot point/twist, even though I haven’t seen the film.

The most famous example is probarly Star Wars: The Empire Strikes Back. Even if you’ve never seen a Star Wars film, chances are that you know Darth Vader is Luke’s father.

And that’s the way it’s always been for me. The knowledge of their familial relationship is something I’ve always been aware of. Because of this, I’ve never been able to have that same experience that my own father and his friends had in 1980. The shock. The awe. Of all his life experiences during his 70 years, listening to that specific story is one of my favourites.

(Though strangely he feels that Terminator 2 has the greatest twist of all time. Apparently, at the time, no one in his neck of the woods knew that Schwarzenegger would now be playing the good guy!)

Anyway, don’t get me wrong, there have been many other films that have great twists, but (for me at least) nothing comes close to what I imagine the experience of the Vader reveal must have been.

Until I saw Split.

That complete and utter change of events! The (metaphorical) slap in the face! The hyperventilating! Forcing me to rethink everything that I’d seen before!

A secret sequel? (Or sidequel if you want to be pedantic!) Has that ever been done before?

I honestly believe that Split might be the closest I will ever get to the sense of disbelief that resonated throughout cinemas in the 80s.

But of course, there are differences between the two. If I was to look at both twists impartially, then obviously I would choose Empire. Unlike Split, Empire’s twist functions on its own, where as to understand Split you’d have to previously have watched Unbreakable.

It may have taken nearly 30 years, but I’m glad I finally got to feel the same shock and surprise the crowds in 1980 got to experience.

Are you scoffing at this sacrilegious statement? Or do you have a modicum of understanding? Let me know in the comments!