15/03/17 EDIT: Just found out its been taken down because of a copyright claim from Sony Pictures. Shame 😦

Spoilers for ALL 5 seasons of Breaking Bad follows

Well this is a first! Reviewing a 2 hour fan film edited down from a nearly 48 hour long TV show!

I didn’t get to watch Breaking Bad until it came out on Netflix, but my god, what an experience. Some of the best storytelling on TV, with a series finale only beaten by The Shield.

Fortunately the Breaking Bad void in our lives has somewhat been filled in by Better Call Saul, but there’s still that small desire in me to see more of Walter White.

Walter White (Bryan Cranston), a small town Chemistry teacher, is diagnosed with lung cancer. Desperate to provide for the future of his wife (Anna Gunn) and son (RJ Mitte); he decides to start making large amounts of methamphetamine to sell on the black market.

He goes into business with an old student of his called Jessie (Aaron Paul) and together they earn money beyond their wildest dreams.

But hot on their trail is Hank Schrader (Dean Norris), a unforgiving member of the DEA, who also happens to be Walt’s brother-in-law.

I legitimately have no idea who edited this together, (5/8/17 EDIT: Just found out it’s two talented men called Lucas Stoll and Gaylor Morestin), but apparently they spent two years of their lives on it! Whoever it was, this film is one hell of an achievement, and just goes to show the major differences in storytelling when comparing TV and Film.

Breaking Bad: The Movie can essentially be broken down into 2 halves. The first covering Walt’s rise and the strained relationship with his wife, while the second dovetails into a sort of Cat-and-Mouse game against his brother-in-law, Hank.

Amazingly, the entire first four seasons are covered in the 1st hour of the movie, while the 5th season is allocated the entire second hour.

While the TV show can be considered the story of Walter White, this film takes that to new extremes as almost every subplot that doesn’t directly involve Walt is pruned away. 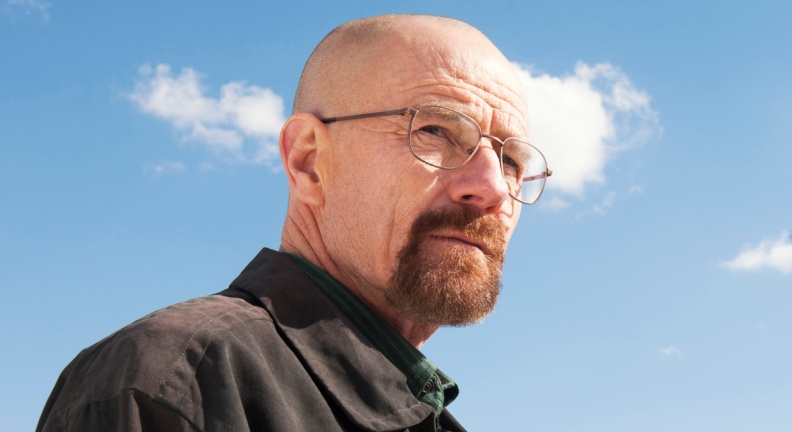 While this is obviously necessary for time, this does result in restrictions of character development.

The two most important secondary characters end up being Skyler and Hank. And this works quite well as this essentially boils the challenges Walter faces down to two fronts, the familial and the criminal.

Several other supporting characters in the show end up being extended cameos, but this doesn’t detract from the story.

But of all the characters, the one who suffers most is undoubtedly Jessie. Because of the nature of the editing, his relationship with Walt isn’t defined quite as well as it is in the TV show.  For example the moment where he kills Gale comes across as rather forced.

And of course, there are several unexplained moments that you have to ignore such as Hank suddenly appearing in a wheelchair or the baffling changes in Walt’s hair length and style from scene to scene.

In the end, no one should think this is a better way to consume the story of Breaking Bad. The TV show is obviously the daddy here.

But having said that, this film is a great example of the amazing work film editors do in their attempt to bring stories to life. The way the show has been condensed down is still an exciting and original way for Breaking Bad fans to experience the story of Walter White once again.

P.S. But maybe knock off a star if this is your first ever experience of Breaking Bad.

P.P.S Why the hell is this your first experience of Breaking Bad? Go watch the TV show!