Does the word “rip-off” always have to refer to something negative?

I mean, if Ole Kirk Christiansen hadn’t ripped off Hilary Fisher Page, we’d have never got the Lego Empire.

Okay, bad example, because Page ended up destitute and committing suicide. But my point is that even though something might be ripped off, that doesn’t necessarily mean the final product is bad. It might even be pretty good. So with that in mind lets have a look at…

Aboard the International Space Station, six astronauts await the return of a probe containing soil samples from Mars. As the team investigates, it seems the samples contain a dormant single-cell organism.

Spirits are exceptionally high at this life changing discovery. But as the tests progress, it soon becomes clear that all is not well and the organism is going to prove more of a challenge than previously anticipated.

A poem written by the writers of Life:

Dear Alien. How do I love thee? Let me count the ways…

Alright, enough badly written Old English. Yes, the characters are one note. Yes, there are cliches. Yes, the alien life-cycle doesn’t really make much sense. Yes, there are a million and one familiar beats. And yet, there is a soupçon of originality. Enough to make the film a rather engaging love letter to the sci-fi’s of past.

One way this is achieved is through its excellent casting. Ryan Reynolds brings a touch of the Deadpool wit, while both Jake Gyllenhaal and Rebecca Ferguson lend enough humanity and chemistry to their roles that you easily get caught up in the sadness of their desperation. 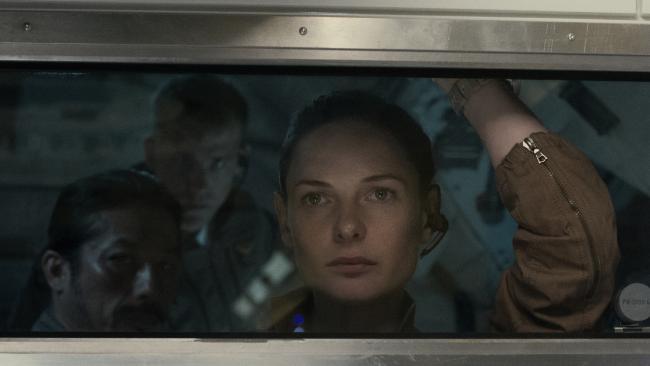 Visually, the creature and location may not be particularly original, but I do applaud the film for taking the decision not to engage in the use of shadows and mystery. While in the Ridley Scott masterpiece the titular alien was confined mainly to the darkness; here the creature is front and centre.

However, the film’s true plaudits should be reserved for both the direction and cinematography. Daniel Espinosa (director) and Seamus McGarvey (cinematographer) both complement each other’s talents as the numerous weightless and zero-gravity shots are only improved when accompanied by the beautiful eerie shots of planet Earth and the ISS.

Though it may be pretty much entirely plagiarised, at least Life chooses to base itself on the best of science-fiction cinema, and in turn produces an effectively shock filled thriller.

2 Replies to “Is There Life in this Alien-Inspired Space Thriller? – My Review of Life (2017)”