Ahhhhh… Finally the days are warmer, the skirts are shorter and President Trump can finally save a little money on the spray tans.

That’s right! The 4 month movie summer is upon us! And with the movie summer comes the glut of Hollywood extravaganza, destined to dominate our cinemas till the dawn of Autumn.

So without further ado, here are my short opinions of all the movies I saw in the month of April. Let me know in the comments if you saw any of them!

Long before Jean Dujardi became known to the world in Oscar winning The Artist, here he stretches his comedic chops in a film based on the OSS 117 series of novels by Jean Bruce.

Set in 1955 just before the Suez Crisis, OSS 117 has shades of Austin Powers (if he was a tad more political), but is primarily thrust forward by its sending up of the old 50s spy thrillers.

Essentially playing the French equivalent of Johnny English, Dujardi does a great job endearing himself to the audience and, with his leading ladies (Aure Atika and Bérénice Bejo), creates an entertaining, if not groundbreaking parody. 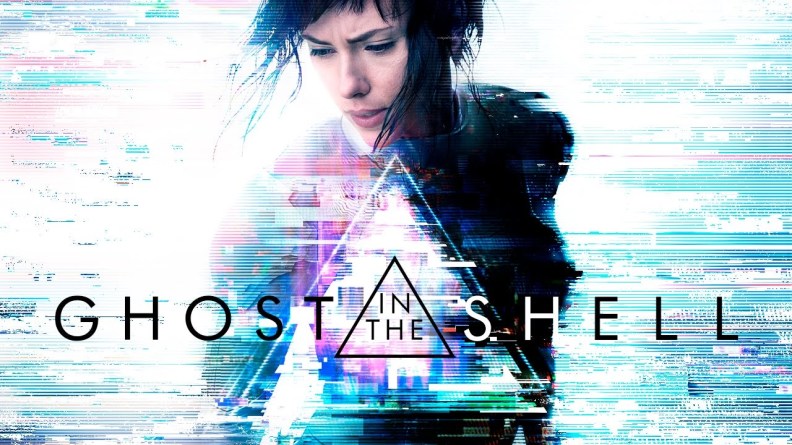 Look, I enjoy a scantly clad Scarlett Johansson as much as the next man, but there are limits to the idiocy my penis can overrule my brain by.

Based on the 1995 film of the same name, Ghost in the Shell is tedious banality at its finest.  It pretty much falls into the same problem that John Carter had in that so much has been copied in the intervening years, the original story no longer feels relevant.

That said some of the performances, such as Takeshi Kitano in the role of the Chief, are relatively good in the grand scheme. In addition the VFX work really shows off its $110 million budget. Unfortunately it’s not enough to avoid the film feeling like a 106 minute cliche.

Being a massive fan of the original TV show (though it has not aged well!); I did hold out a little hope that there might be a little enjoyment for a old (well, 28 year old) fuddy-duddy like me.

And there is a little something. Yes, it’s undeniable that the film is dominantly aimed at kids rather than families; but the journey our five teenagers with attitude go on is still an engrossing one.

With Elizabeth Banks as the blatantly over-the-top Rita, Power Rangers at least doesn’t take itself too seriously, even if it doesn’t offer anything particularly new to the big budget summer blockbuster experience.

My appreciation for the fact that Nicholas Cage has an sizable tax bill to pay has increased tenfold; as that clearly is the only reason he agreed to do Left Behind.

Unabashed in its Christian influences, Left Behind is a masterclass in how to take a reasonably good idea, and then destroy it through terrible acting, atrocious editing and character decisions so illogical it makes United Airlines recent PR problems look like a “minor mistake.”

If it was possible to describe a movie in one word, “Harmless” would be the one chosen for this laid back outing by three of Hollywood’s geriatrics.

Primarily focusing on three men forced into early retirement and wanting revenge against their money grabbing bank; Going in Style has some decent jokes, but commits the cardinal sin of putting every single one of them in the trailer.

The interplay between the main trio though makes the film somewhat worthwhile as its hard not to root for the basic idea of the little guy pulling a fast one over the big dogs. 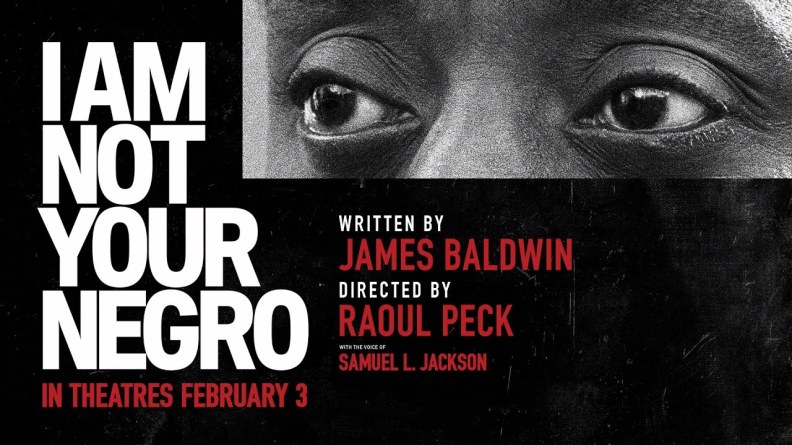 I’m not sure how to articulate this, but I think this might be one of those very few movies where I am just not educated enough to fully understand it.

Based on an unfinished manuscript by American social critic James Baldwin; director Raoul Peck crafts an unusual film about the complex attitudes to race in the 60s and its influence on the modern day. It’s this latter part that I feel the film fails at as the lack of a strong modern day comparison makes the film feel stilted and wooden.

While the documentary’s mouthpiece, James Baldwin, is undoubtedly an educated man, his numerous monologue-like scenes are stretched to breaking point, making said scenes weary at best and just downright boring at worst. (Though to be fair, this could be solved by more engaging editing.)

And then there’s Pride & Prejudice & Zombies.

Based on the 2009 parody novel of the same name, PPZ (as I insist on calling it) must be given points for at least attempting to do something different in a world filled with sequels and blockbusters. With the added brilliance of Matt Smith’s hilarious Mr Collins, the film might even be called original.

But said originality is somewhat held back by splitting the tone of the film into too many pieces. By not really deciding if it’s a romance, horror, comedy or historical period film; PPZ ends up feeling like a broth made by too many cooks.

Inspired by a best-selling picture book from Marla Frazee; The Boss Baby is definitely one of the more odder films from the Dreamworks stable.

While the joke of a baby voiced by Alec Baldwin screaming “Cookies are for Closers!” is indeed a funny one; the need to stretch said joke into a 90 minute feature means that the joke evolves into a rather bizarre story involving an secret pseudo-war between babies and puppies.

That said, underlying the whole thing is quite a sweet story about brotherly love that elevates the film into something reasonably watchable. 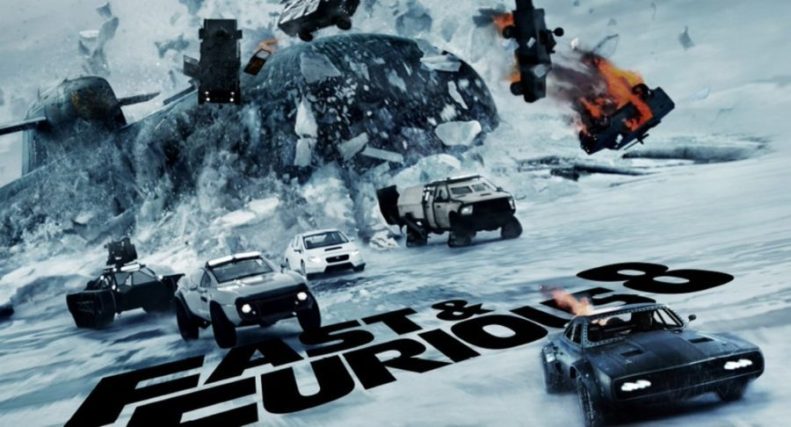 Surely we all know the drill by now? In the eighth instalment this entry has the usual fast cars, insane stunts and women who insist on wearing skirts that are just a tad too short.

On a purely visceral level the film is a clear success, with an added bonus in the relationship between Jason Stratham and The Rock’s characters. Their laid-back repartee is easily the highlight of the film.

Everything else however, from dialogue to casting, is an utter disappointment. Even the casting of Oscar winning Charlize Theron isn’t enough to save this movie from the doldrums of average. 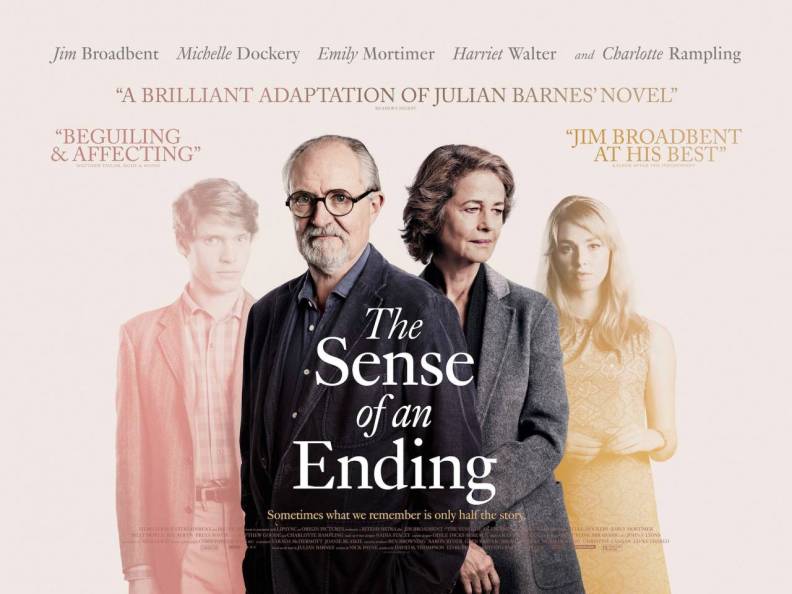 While easily one of the strongest casts of 2017, The Sense of an Ending (based on Julian Barnes’ Booker-winning 2011 novel), is a story that clearly cannot be told in a singular 2 hour chunk.

Heavily centred around the concept of a unreliable narrator, this approach doesn’t work quite as well on screen as I would imagine it would in a book. The film even requires its protagonist to forget the single most influential moment of his life in order to keep this concept going!

Though the film has some very strong performances from some of the finest actors in the UK, the poorly thought-out mystery mixed with minimum character development or story structure makes it very much a third rate movie. 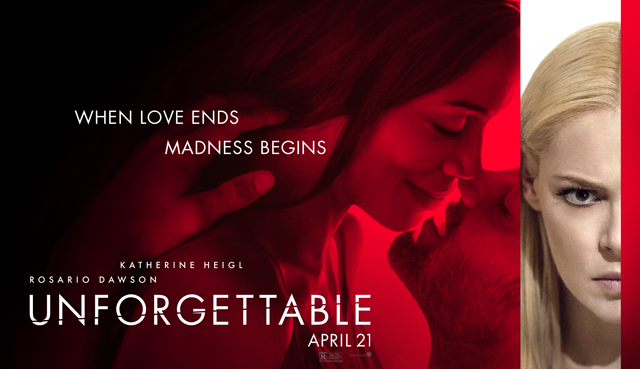 Like the earlier mentioned Left Behind, there is a gem of an idea that forms the crux of this movie. By creating a protagonist that is the survivor of domestic violence, there is clearly an attempt to spin a twist on the well trodden “woman scorned” formula.

Alas the execution leaves much to be desired as the filmmakers make zero attempt to inject any sense of mystery into the proceedings. While Katherine Heigl easily gives her best performance in nearly a decade; the script’s decision to lay bare the fact that she’s the villain from the opening moments means that any attempt to build tension fails miserably.