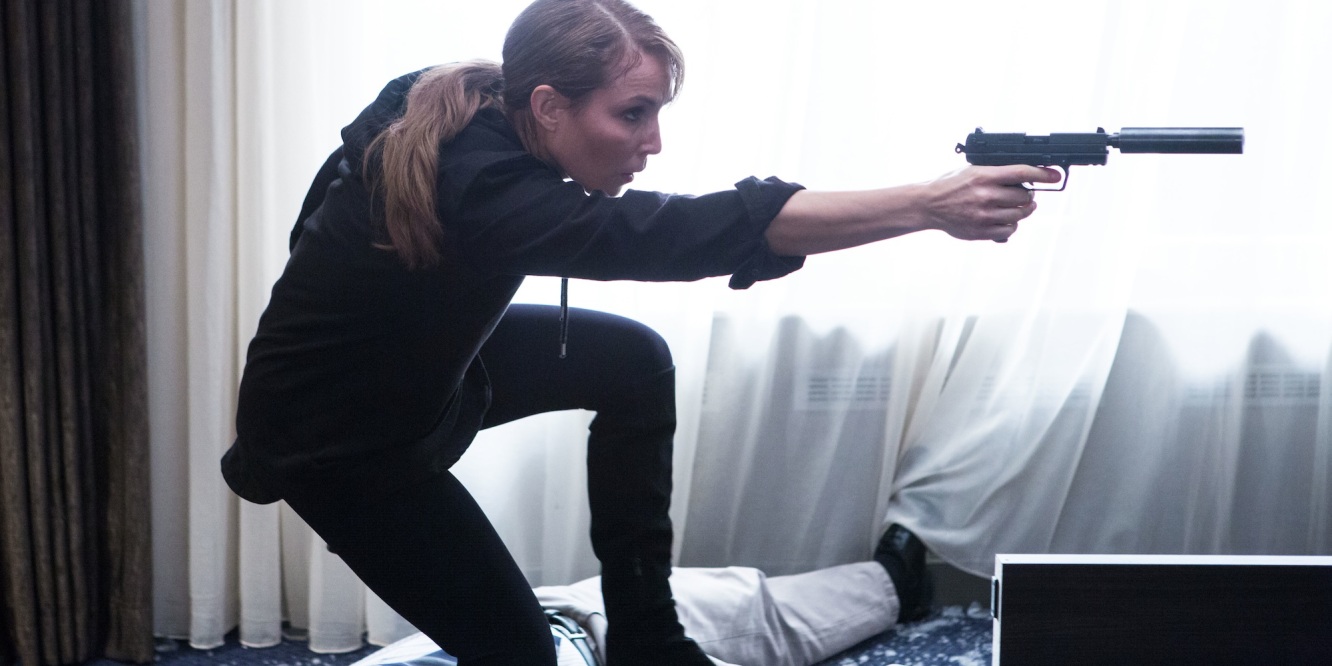 Over the course of my life I have seen many films in totally empty cinema screens. Attack of the Clones, Alice in Wonderland, Captain America, the list reaches into the dozens.

But the one thing they all had in common was that I watched them all after they had been on release for several weeks. Sometimes even as long as 3-4 months.

Unlocked however, is the first film I’ve seen in an empty cinema less than 7 days after the date of its theatrical release.

So basically, keep your expectations looooooow. 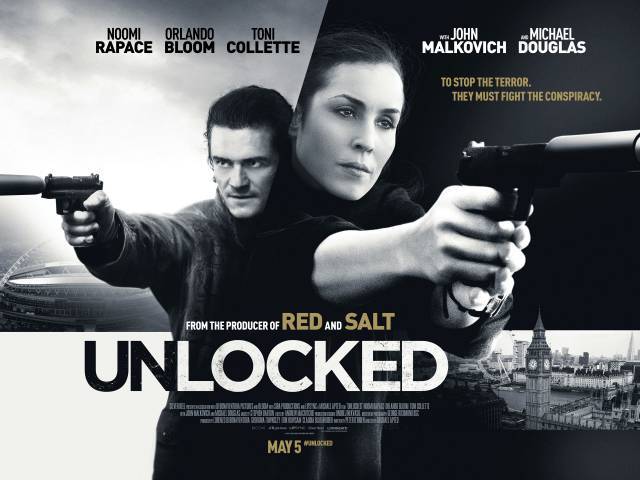 Still reeling from a Parisian terrorist attack that she failed to prevent, CIA interrogator Alice Racine (Noomi Rapace) is more or less retired, now living in London as a social worker.

Alas, after the uncovering of a potential biological attack, bosses from the CIA and MI5 (John Malkovich and Toni Collette) must ask Alice to come out of retirement due to their current lack of qualified interrogators (because apparently that’s a thing).

Agreeing, Alice believes all she needs to do is a simple interrogation. But not all is as it seems.

The number one question when thinking about Unlocked is “What idiot came up with such an uninteresting title?!”

Tinker Taylor Solider Spy, Enemy of the State, The Manchurian Candidate, The Long Kiss Goodnight. Now THOSE are film titles. This one sounds like a comedy starring a desperate teenage girl running around town needing to unlock her phone!

Considering it’s also his first film in 5 years, the direction by Michael Apted, while serviceable, brings nothing new to the cinematic world of spy movies. While there are some decent twists and a strong A-list cast, the film barely manages to rise out of a mineshaft of blandness.

Fortunately said A-list cast deliver, even if it does occasionally feel like they may be doing a paycheck movie. Noomi Rapace is a solid lead, bringing strength in a character full of angst and pain. Indeed its enjoyable to see that Rapace plays a very down-to-earth sort of spy, with none of the oversexualisation that is usually seen in female undercover agents.

Rapace is surrounded by strong supporting roles in the guise of Michael Douglas, Toni Collette and John Malkovich. All of them doing their best with the little material they’ve been given. And despite the frivolous nature of this article’s title, Orlando Bloom is still a fun (if odd) watch to be had.

Unlocked isn’t going to be winning any awards or changing anyone’s life. But as a piece of cinema it does the bare basics of having a competent plot which entertains you for 90 minutes. Average in every sense of the word.