Can you guys believe that my first Studio Ghibli film was The Tale of Princess Kaguya? Which wasn’t even released in the UK till March 2015!

But the last two years have seen me consuming whatever Studio Ghibli related content I can find. Kiki’s Delivery Service, Ponyo, Grave of the Fireflies and The Wind Rises are just a few of the brilliant films I’ve seen. And there are plenty more to go!

While The Red Turtle is technically a co-production with a German company called Wild Bunch, does the film reach the amazing heights reached by Studio Ghibli’s previous works? 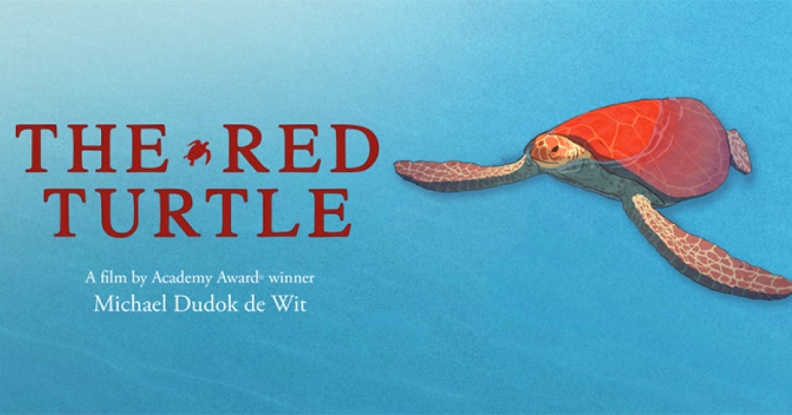 A young unnamed Man washes up on the beach of an island. As he searches said island he realises the place is completely deserted, the only living creatures being the various crabs and turtles that live in the area.

Realising that he must escape, The Man uses the resources of the island to build himself a craft and sets sail. But out of nowhere a unknown creature destroys his craft, forcing him to return to the island.

Again and again The Man tries to leave, only to be beaten back by a creature he soon realises is a giant red turtle. But why does this turtle keep preventing him from leaving the island?

If the old adage “less is more” has some truth to it, then The Red Turtle is a veritable feast among animated cinema.

With the bare bones of Cast Away underlying the piece, and not a hint of dialogue, there’s a strong reminder of the Pixar-esque magic that opens the tear jerking Up and fills the first 20 minutes of WALL-E.

If anything, in choosing to tell the story without dialogue, director/writer Michael Dudok de Wit has the audacity to trust his audience, allowing them to interpret images and sounds as they see fit, rather than having to lead them by the hand. Such an approach is not without risk, however, as the clash between realism and the more fantastical elements sometimes threatens to derail the piece. 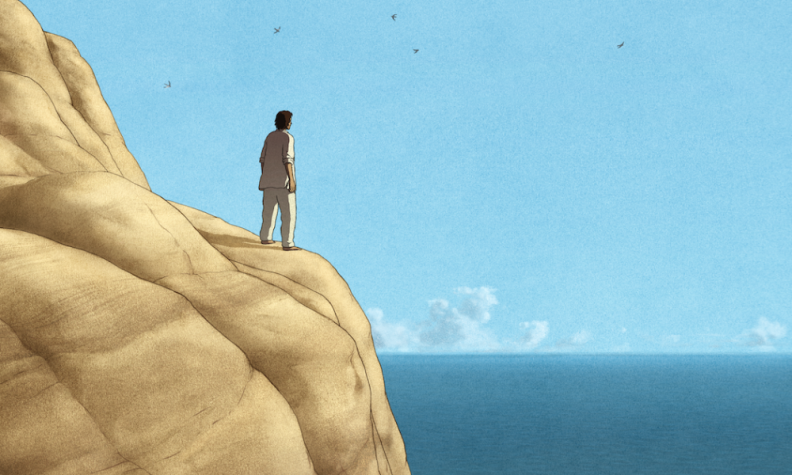 But for the most part, watching the stunning hand-drawn animation brings to life the beauty of Mother Nature’s boundless gift; as well as The Man’s seemingly eternal struggle to understand that dominating nature is unnecessary when you could live in co-existence.

Indeed, the relationship between The Man and the titular Red Turtle ends up spinning off in unexpected directions, creating a narrative that is almost fairy-tale-like in its approach. And supported by the sparse, yet intimate score by composer Laurent Perez del Marit; it is completely understandable why this film had the honour of a nomination for Best Animated Feature at the Oscars last year.

That said, those who are more used to the frantic, unyielding pace of Hollywood animation might be better served looking elsewhere, as the simple nature of The Red Turtle is what makes it a joyful exploration of  human emotion.

While not quite able to mingle with Studio Ghibli’s best, The Red Turtle is nonetheless a moving examination of man’s relationship with the natural world, as well as being the best animated film released in the UK this year.

2 Replies to “Review: The Red Turtle (2016) – An Engaging Exploration of Man and His Relationship With Nature”