Has there ever been a supporting character that has taken over a franchise to quite the same extent as those yellow bastards?

I speak, of course, of the follically challenged minions known as… errr… The Minions. 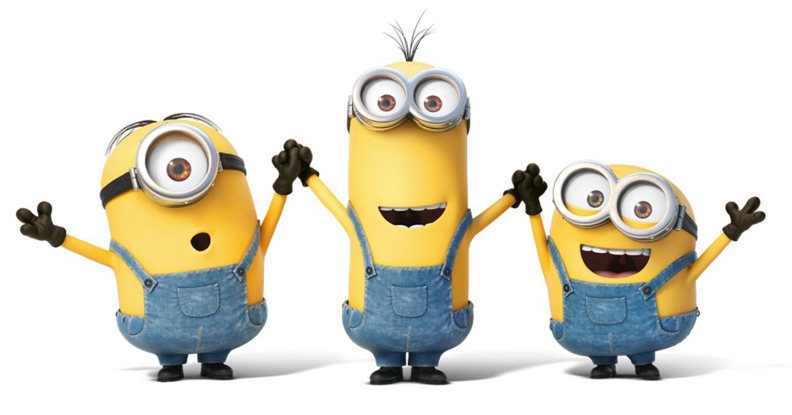 First appearing in the wildly successful Despicable Me back in 2010, the Minions turned out to be a market executive’s wet dream. Like Stewie Griffin and Bart Simpson before them, the Minions were plastered EVERYWHERE.

Such popularity lead them to have a much increased role in the sequel, imaginatively named Despicable Me 2; as well as receiving a prequel spin-off ingeniously titled Minions.

… A rather serious evening.

And do you know how much money Minions made?

That makes it the second highest grossing animated film of all time! And if you’ve seen the film, you’ll understand how absolutely bat-shit crazy that final box office is!

So, the conceited and presumptuous screenwriter I am, what would I want to write if I got my hands on the Minions franchise? #Howtowriteabettermovie

A universal shared aspect in 99% of screenplays is that of the protagonist.  A central or primary figure through which the audience can experience and understand the world of the story.

Even in films of the more ensemble kind, such as Lord of the Rings, X-men or the Avengers, there is still a a clear lead character.

But the 2015 Minions movie did not have this. Instead they decided to centre the story around Kevin, Stuart and Bob; three Minions who were similar enough to be considered a singular character, but none of them were anywhere near developed enough to be a proper lead.

So how do we solve this problem?

What Jason Segel and his team understood was that there needed to be a new character. Someone completely unconnected to The Muppets into order to take the audience into that world. This is pretty much the only reason for the creation of Walter. (And also the reason why Walter is completely pointless in the sequel.)

So that’s what we need for a Minions movie. A completely new and unconnected Minion. Someone we’ve never seen before. But also someone who we as an audience can journey with through the crazy world of Despicable Me.

And who should this Minion be, I hear you ask?

All in good time.

We open on a retirement party in Gru’s laboratory. Several of the Minions have reached old age and are jetting off to spend their final years on a sun drenched Caribbean Island. Gru and Lucy have also decided to go on holiday and will be taking the girls with them.

As Gru is about to leave the house, he asks Kevin, Stuart and Bob to create a few more Minions to replace their retiring workforce. (Yes, I’m ignoring the idea that Minions are naturally created)

Kevin, the sensible one, decides to to go down to the lab immediately and switch on the M.M.M. (Minion Making Machine). Soon the machine is pumping out new Minions at a steady pace.

But Stuart and Bob have made their way to the kitchen instead. They want to make a milkshake! 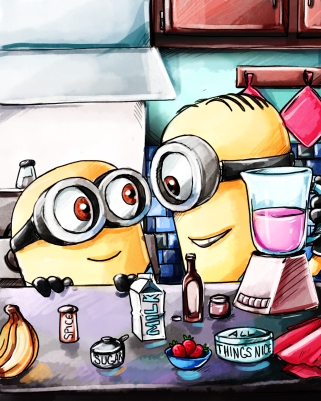 Into it goes all sorts of lovely things. Chocolate, sugar, spice and all things nice. But there’s a problem.

Neither of them can agree who gets the first taste!

And so a chase begins. Spectacularly over the top, the milkshake glass gets thrown all about the house, barely spilling a drop. The chase makes it all the way down into the lab, and to Kevin’s horror, the milkshake falls into the machine! 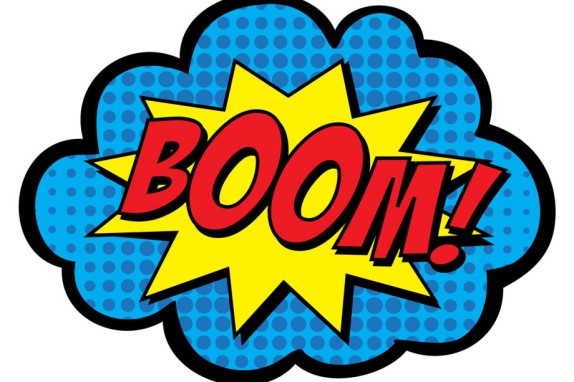 The Minions are devastated! The machine that created them has been completely destroyed! But as the Minions look through the wreckage, they discover something…

The machine seems to have been affected by the milkshake and created a totally new type of Minion. Something no one’s ever seen before. Nobody knows what to do.

But she’s so cute! And so Kevin, Stuart and Bob decide to take it upon themselves to become her new fathers. And what do they call her?

So we’re doing 3 males looking after a young female. You know what that means?

There’s a cute montage of Minnie’s three dads trying to raise her, while at the same time trying to fix the M.M.M. Now since the Minions grow a little faster than the average human, Minnie is soon put in Minion school.

As we know from previous movies, Minions naturally want to be evil or serve an evil master. This attitude essentially forms the basis of their school curriculum. (Now there’s a sentence I never thought I’d write!)

But Minnie’s different. The machine didn’t make her like other Minions. Why? Because she wants to be…

Unlike every other Minion, Minnie doesn’t want to serve an evil overlord. She wants to be kind and useful; and because of this belief she finds it difficult to get through school and keeps failing her classes.

For example, one role-playing test might be: How can a Minion help an old lady cross the street?

We see a variety of situations play out; such as hitting her with a bus so she flies across the street, attaching a rocket to her back, or even dressing up as a horror character and scaring her into running across.

But when Minnie’s time comes, she puts on a hardhat and a whistle and calmly helps the lady cross the street. The Minion teacher is flabbergasted and immediately gives Minnie a big fat F.

That, for all intents and purposes, is the journey we see our protagonist go on. A heroine trying to live in a world where everyone expects her to do one thing, but she wants to do something else. This choice, this journey, is what forms the basis of the film.

But there’s a subplot too. While Minnie has been trying to be good, Kevin has been trying to fix the M.M.M. But alas! Something has gone wrong. He accidentally programs it into being a different type of M.M.M… A Minion Murdering Machine!

Chaos ensures! With the monstrous M.M.M terrorising the neighbourhood it seems like all hope is lost.

But then Minnie steps up. While the neighbourhood has become a mini warzone, where the male Minions are using bazookas and all sorts of other weapons to try and stop it; Minnie, with her book smarts and kindness, does something completely different.

She walks out into No Man’s Land, her three Minion fathers crying out for Minnie to come back. She walks up to the killer robot, looks him straight in the eye and… 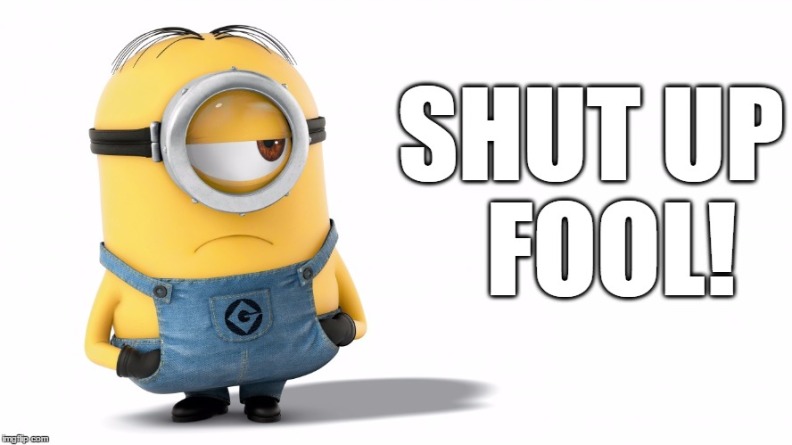 Sorry guys, looks like the ending will stay secret for now!

Next Time: If I Could Write… Deadpool!

If you’re interested in reading more ideas I have for other franchises:

If I Could Write… Star Wars!

If I Could Write… Home Alone!

If I Could Write… Terminator!

All Original Art by Kaieri

2 Replies to “If I Could Write… Minions!”