I was sort of in two minds when trying to decide whether this film was worth a watch.

On the one hand, I love sci-fi. Any film about a guy trapped in a time loop is gonna get a watch from me. But on the other hand… Marlon Wayans? I’ve got nothing personal against the man. After all, he did turn in quite the fine performance in Requiem for a Dream; and I have a soft spot for his role in 2004’s The Ladykillers.

But overwhelmingly his comedic output has been rather rote, consisting of a formidable number of lowbrow/parody comedies such as A Haunted House or Fifty Shades of Black.

But I took a chance nonetheless. Never let it said that Vijay Varman is too closed-minded to enjoy the comedic stylings from the winner of the “BET Comedy Award for Outstanding Writing” for 2004’s White Chicks. 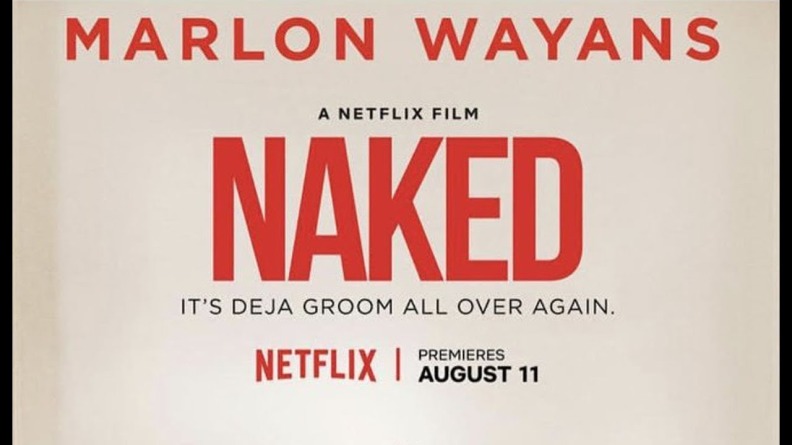 Rob Anderson (Marlon Wayans) is about to marry his long-time sweetheart, Megan Swope (Regina Hall). Though their love is true, there are a variety of people against the approaching nuptials; such as Megan’s father, Reginald Swope (Dennis Haysbert); and Megan’s exceeding rich ex-boyfriend, Cody Favors (Scott Foley).

Nervous as hell, Anderson decides to take in a drink the night before the wedding…

… And before you know it, it’s the next morning and he’s buckass-naked on the floor of an elevator.

Though he tries to sort out himself out of his unusual predicament, it’s not helped by the fact that he’s suddenly trapped in an hour long time-loop. Every time the church bells toll, Anderson is sent back in time to his naked-self in the elevator.

Slowly uncovering the mystery of how he ended up the elevator in the first place, Anderson must do everything he can to break out of the time-loop, and marry the forever waiting Megan.

Alright, I’m just going to say this upfront, but whoever came up with the title of this movie needs to be fired. Who in the name of God thought a film about a dude that is trapped in a time-loop and can’t get to his wedding should be called Naked? 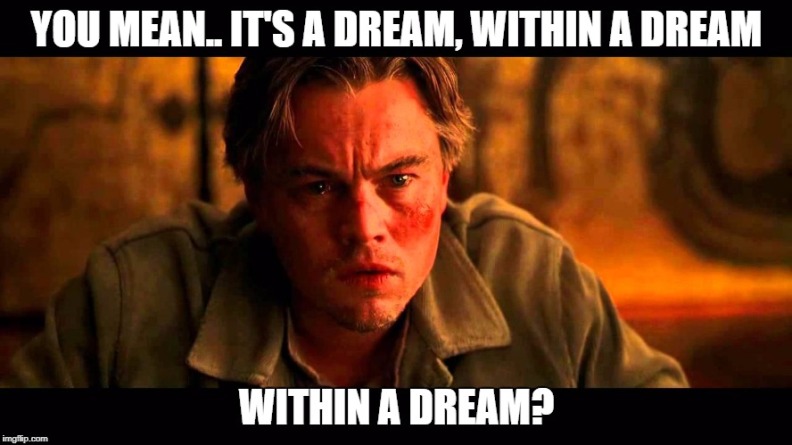 But I digress. While Naked has no qualms in imitating a 90s classic, there’s enough in this tale to keep most people somewhat entertained for its 96 minute running time.

Mostly this is down to the excellent chemistry between Wayans and Hall. If this wasn’t a film, you truly might believe you’re watching a real relationship between two people trying to make a new life for themselves. Add to that the boundless energy and comic timing that Wayans possesses in spades, Naked is fortunately elevated a tad above the witless drivel of its script.

As you might have read in my previous review for sci-fi film, What Happened to Monday, part of the problem most films of this genre fall into is that they never fully adhere to the rules they lay down at the outset.

Naked, surprisingly, does pretty well in complying with said rules for the most part. But there’s no doubt it stretches credibility to breaking point. As the time-loop is clearly stated to be approximately 1 hour (depending on the timing of the church bells), it’s somewhat difficult to believe that one man could do so much in so little time. 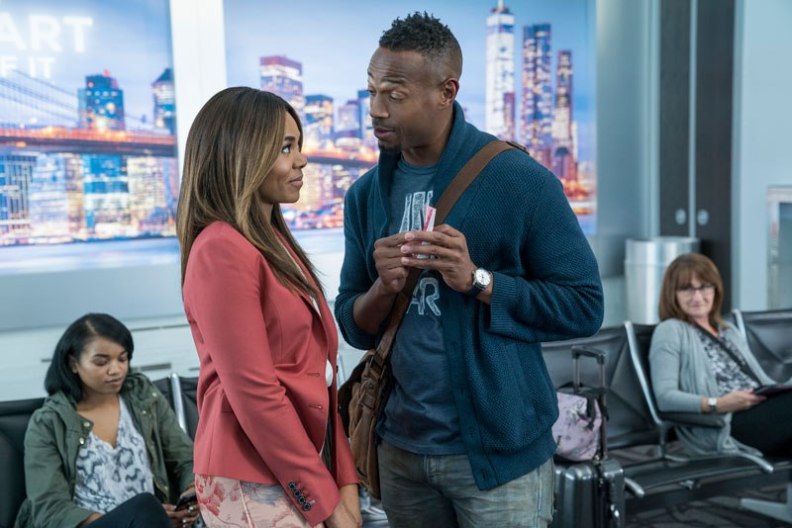 But there’s no escaping the fact that romantic comedy cliches infest this story like a particularly stubborn case of gonorrhea; and even a decent job from director Michael Tiddes can’t paper over the cracks. The disapproving father, the rich better looking ex-boyfriend, the celebrity cameo, etc. It’s all there, in a never ending pit of banality.

Also, perhaps it’s just me, but I found the racial casting of the piece to be a tad odd. While the majority of characters are played by black actors (which is to be expected); the two major white characters both happen to be the villains. While I don’t know if this was done intentionally, I can’t help thinking that if it had been the other way round, there would have be some sort of outcry.

The concept of a time-loop doesn’t inherently belong to Groundhog Day. And I will applaud Naked for (as far as I’m aware), being the first film since that Bill Murray classic to portray time-loops through the lens of a romantic comedy.

But in the end it’s all about the execution. Films like Edge of Tomorrow, Timecrimes or Source Code take said idea and give enough of a new spin that it feels refreshing and original. Naked, however, seems to have taken the word “cliche,” and adapted it like some kind of personal mantra. Though it’s not a bad film, there’s hardly anything to recommend it either.