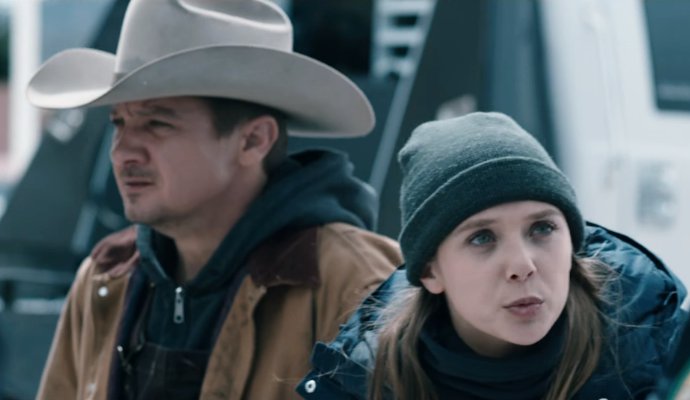 Taylor Sheridan is my God.

Why? Because as I am an aspiring screenwriter, Sheridan’s work gives me hope for my own career. Just look at what he’s accomplished so far.

Firstly, he’s an older gent, only choosing to transition into screenwriting after the age of 40. That honestly makes me feel great about my own career because I started screenwriting when I was 23. So there’s plenty of time for me to make strides in the filmmaking world.

Secondly, of the three movies released so far: Sicario, Hell or High Water and Wind River, (The fourth, Sicario 2: Soldado, is set to be released in June 2018); the first two are Academy Award nominated across a variety of categories. Even outside of the Oscars, Sheridan’s writing prowess has been widely recognised.

But with Wind River there’s a slight change to the process. For the first time, Sheridan is bringing his own screenplay to the silver screen, and does so on a scale that he’s never dealt with before.

So, the question now becomes…  Is Mr Sheridan as good a director as he is writer?

Having been missing for a few days, the dead body of 18-year-old Native American girl, Natalie Hanson (Kelsey Chow), is discovered by a member of the U.S. Fish and Wildlife service, Cory Lambert (Jeremy Renner).

Sent out to investigate is solo FBI agent, Jane Banner (Elizabeth Olsen). Though she wishes to call in additional agents, she cannot do so until the death has been officially classified as murder. But with minimal evidence available, it becomes increasing difficult to determine exactly what the cause of death was.

As such, the two agents must team up and take the slow and methodical approach in order to determine the true reason behind the young girl’s death.

Though I may hold Sheridan’s work in the same fawning regard as a 35 year-old-woman at a Take That reunion; I have to confess the main plaudits for Wind River should instead be given to its cinematographer, Ben Richardson.

Through his lens the wintry cold of Wyoming seems utterly endless, bringing not only a sweeping sense of scale; but also a perception of loneliness whenever each character is forced to trundle through the elements. In fact, in spite of the dark brutality of the story, there’s overwhelming beauty in every scene.

Speaking of brutality, it would be easy to classify this film as a simple murder-mystery. But at its core, Wind River is primarily about grief and how different people react to great tragedy. In the case of Renner’s character, he chooses to throw himself into his work, finding his occupation a distraction from the devastating wounds of the past.

But others, like the wonderful character actor Gil Birmingham in his role as the murder victim’s father, instead retreat away from the pain. Not violent or angry, but a stony silence. A quiet and sombre approach as he tries to come to terms with his loss.

Indeed, silence is arguably the strongest aspect of Sherdian’s work as director. Even though he wrote the screenplay, there are no long monologues, no witty repartee, no one-liners and no powerful denouncements. Doing nothing can sometimes be the most difficult thing a screenwriter can do, but in doing so Sherdian has shown his maturity as a director and the trust he has for his actors.

And that trust is well-founded, as the scene where Renner talks about the events that led to his current state of  grief are almost worth the ticket price alone. Allowing the macho side of his character to slide away, he replaces it with moving and emotional intimacy, and in turn shows once again why he has two Oscar-nominations under his belt.

Olson, admittedly, has a little less to do, acting predominantly as the audience surrogate/fish-out-of-water. Coming across as a sort of Clarice Starling, Olson is a likeable presence as her character tries to adapt to the new world that she finds herself in. Fortunately she’s never a damsel-in-distress, and it is made abundantly clear on several, quite violent, occasions that she can handle herself. 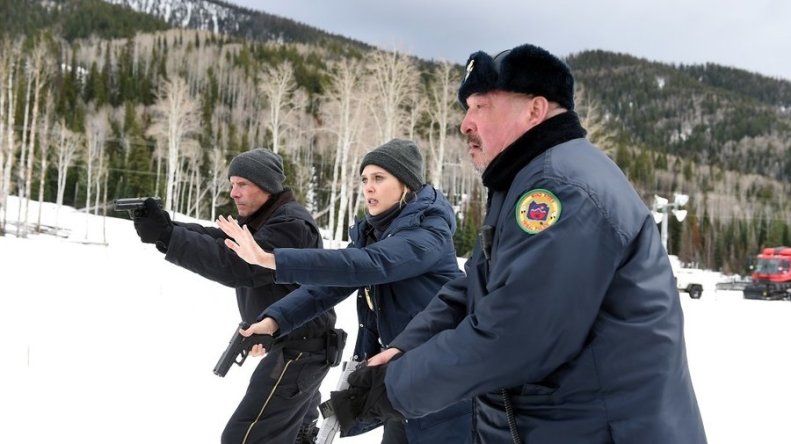 But as strong as the acting and filmmaking is, it’s hard to escape the nagging feeling that this is yet another story about a white saviour helping out poor minorities. With the exception of the tribal police chief (Graham Greene), most of the Native American actors don’t contribute much to the actual plot. As such, even though the story is about them and how the events of the story effect them, no Native American character has any real agency.

With a strong script led by equally strong directing and casting, Wind River is an intense and emotional crime drama worthy of making great strides during awards season.

But while being an almost perfect blend of direction, acting, cinematography and sound, there is a small desire, however noble the film’s intentions, that a little more attention had been paid to its minority characters.