You know, in part one of my list I made what I thought was a minor topical joke about the current state of politics and the dangers of nuclear war.

And then a day later, this was published:

North Korean Leader Kim Jong Un just stated that the “Nuclear Button is on his desk at all times.” Will someone from his depleted and food starved regime please inform him that I too have a Nuclear Button, but it is a much bigger & more powerful one than his, and my Button works!

And that’s why I keep my head in the sand and just talk about movies!

What’s it about? : When political turmoil forces a British-Caribbean dictator to flee his island nation, he seeks refuge and hides with a rebellious teenage girl in suburban America, and ends up teaching the young teen how to start a revolution and overthrow the “mean girls” in her high school.

Michael Caine never stops does he?!? Not content just to be Christopher Nolan’s lucky charm, he also seems to work nonstop. In both supporting and lead roles, he’s done 16 films over the past 10 years, ranging from butlers to scientists.

But it’s been a while since Caine has done a straight up comedy, and it’ll be great to see the versatile actor take on such a role.

What’s it about? : The story of Barry Minkow, a young charismatic business man who becomes a wealthy CEO by lying, cheating and stealing his way to the top.

Have a read of Barry Minkow’s Wikipedia page and you just know we’re in for a wild ride. Here is a guy that has spent nearly 30 years conning people and, god damn, was he creative!

But it’ll be interesting to see if this works as a full drama, or if it might have been better to take a leaf out of the Wolf of Wall Street playbook and make it more of a comedy-drama.

What’s it about? : A biologist signs up for a dangerous, secret expedition where the laws of nature don’t apply.

The third holdover from my 2017 list, the biggest draw of this movie is undoubtedly that it’s the follow-up to Alex Garland’s stunning debut, Ex Machina.

Now granted a much grander scale to bring his sci-fi musing to life, it’s almost a tragedy that the only way to watch Garland’s movie will be on Netflix (assuming you live outside of North America or China). Curse the forces of Hollywood!

The Extraordinary Journey of the Fakir 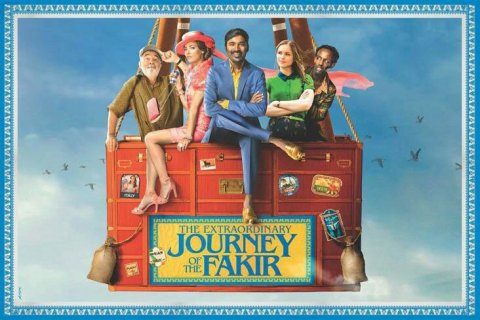 What’s it about? : The story of Ajatashatru Oghash Rathod, a fakir who tricks his local village in Rajasthan, India into believing his possesses special powers and into paying him to fly to Paris to buy a bed of nails from an Ikea store.

Come on! Just read that synopsis! How can you not want to watch such a stupid sounding movie!

Based on the best-selling book titled The Extraordinary Journey of the Fakir Who Got Trapped in an Ikea Wardrobe (seriously, that’s the actual title), I’m hoping we’re in for a fun swashbuckling ride in the vein of Indiana Jones.

What’s it about? : Ballerina Dominika Egorova is recruited to ‘Sparrow School’ a Russian intelligence service where she is forced to use her body as a weapon. But her first mission, targeting a CIA agent, threatens to unravel the security of both nations.

Honestly, I’m a little annoyed by Red Sparrow. Mostly because I’ve already written a 5 episode miniseries about the exact same topic! Now it’s going to look like I’ve copied my work! Ah well, such is the life of an aspiring screenwriter.

Nonetheless, this is going to be a very different film for Jennifer Lawrence, especially considering that this will be the first time one of her characters is actively sexualised. It’ll be interesting to see if she’s up to the challenge. 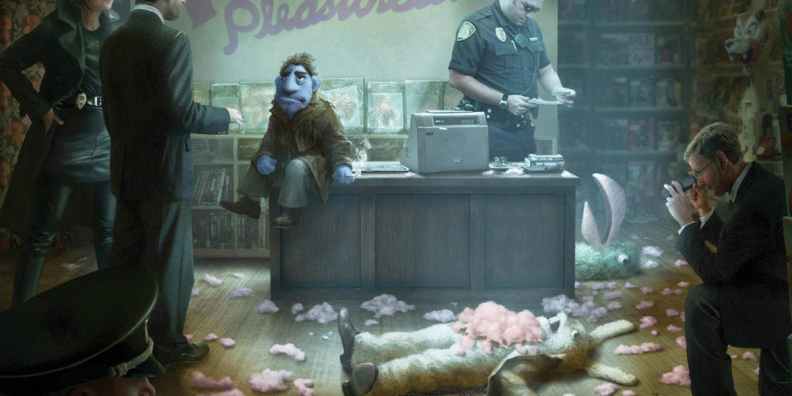 What’s it about? : When the puppet cast of an ’80s children’s TV show begins to get murdered one by one, a disgraced LAPD detective-turned-private eye puppet takes on the case.

Though it may feel like we’re inundated with sequels and remakes, occasionally something special slips through. In this case, a puppet murder-mystery. Add in the aspect of a world where puppets co-exist with humans as second class citizens, it seems this film might pull off the social commentary that Will Smith’s Bright tried and failed to do.

What’s it about? : After surviving a near fatal knee boarding accident, a disfigured guidance counselor (Wade Wilson) struggles to fulfill his dream of becoming Poughkeepsie’s most celebrated French Bulldog breeder, while also learning to cope with an open relationship. Searching to regain his passion for life, as well as a new stuffed unicorn, Wade must battle ninjas, tight assed metal men, and babysit a group stereotypical side characters as he journeys around the world to discover the importance of family, friendship, and creative outlets for his very open-minded sex life. He manages to find a new lust for being a do-gooder, a sparkly Hello Kitty backpack, all while earning the coveted coffee mug title of World’s Best 4th Wall Breaking Superhero.

After that utterly idiotic synopsis, need I really say more?

What’s it about? : The drug war on the US-Mexico border has escalated as the cartels have begun trafficking terrorists across the US border. To fight the war, federal agent Matt Graver re-teams with the mercurial Alejandro.

As mentioned in previous posts, I’m a great follower of Taylor Sheridan’s screenwriting work. Considering Sicario was one of the best films of 2015, any sequel written by Sheridan was always going to be high on my must-see list. And it’s only made better by the return of Josh Brolin and Benicio Del Toro. 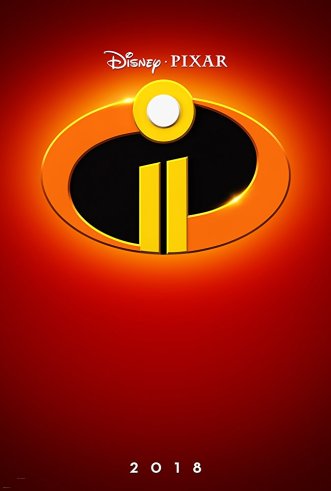 What’s it about? : Bob Parr (Mr. Incredible) is left to care for Jack-Jack while Helen (Elastigirl) is out saving the world.

Writer/director Brad Bird has always stated that he would only return to the world of The Incredibles once he had thought of an idea superior to the original. Well, it may have taken him 14 years, but I’m glad he finally got there!

What’s it about? : On November 22, 1963 CBS newsman Walter Cronkite is given the task of reporting on live television about President John F. Kennedy’s assassination in Texas.

Now here’s a interesting approach. While movies that involve Walter Cronkite as a background character are a dime a dozen, there are very few that have him as the lead.

But what really makes this a highlight of 2018 is that Seth Rogen will be taking on the role of Mr Cronkite. It’s an unusual choice, as Rogen does so few “serious” films. But based on his performance in Steve Jobs and 50/50, I think he could pull it off.

What’s it about? : Adonis Creed tries to seek revenge when he goes toe to toe with the man who killed his father

The fourth film pushed off my 2017 list, Creed II is still one of my most anticipated films of the year, especially since the first film made my list of Most Notable Films of 2016.

While it’s great that Michael B. Jordan and Sylvester Stallone are reprising their roles, it’s a shame that the writing and directing of Ryan Coogler won’t be returning. Whether or not the sequel can reach the same heights as the original without him remains to be seen.

What’s it about? : Laurel and Hardy, the world’s most famous comedy duo, attempt to reignite their film careers as they embark on what becomes their swan song – a grueling theatre tour of post-war Britain.

Stan and Ollie focuses on the little explored aspect of Laurel and Hardy’s careers. Long after their film work finished, the two men extensively toured the theatres of the U.K. In fact, having worked in theatre for the past decade, I have met people that personally witnessed their final tour. Getting to see this on the big screen would be the perfect accompaniment to the many stories I have heard. 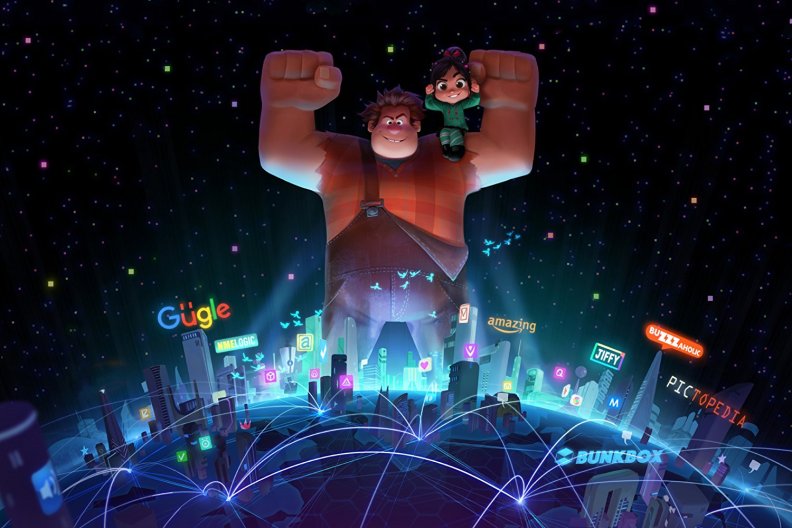 What’s it about? : 6 years after the events of “Wreck-It Ralph”, Ralph and Vanellope, now friends, discover a wi-fi router in their arcade, leading them into a new adventure.

Wreck-It Ralph, in my mind, remains firmly the best videogame movie ever made. I’m still in two minds whether or not a sequel is even needed, especially considering the closure and finishing of character arcs we receive at the end of the first.

But hey, online gaming is a corner stone of our lives now and maybe Wreck-It Ralph 2 can find a new approach to these experiences.