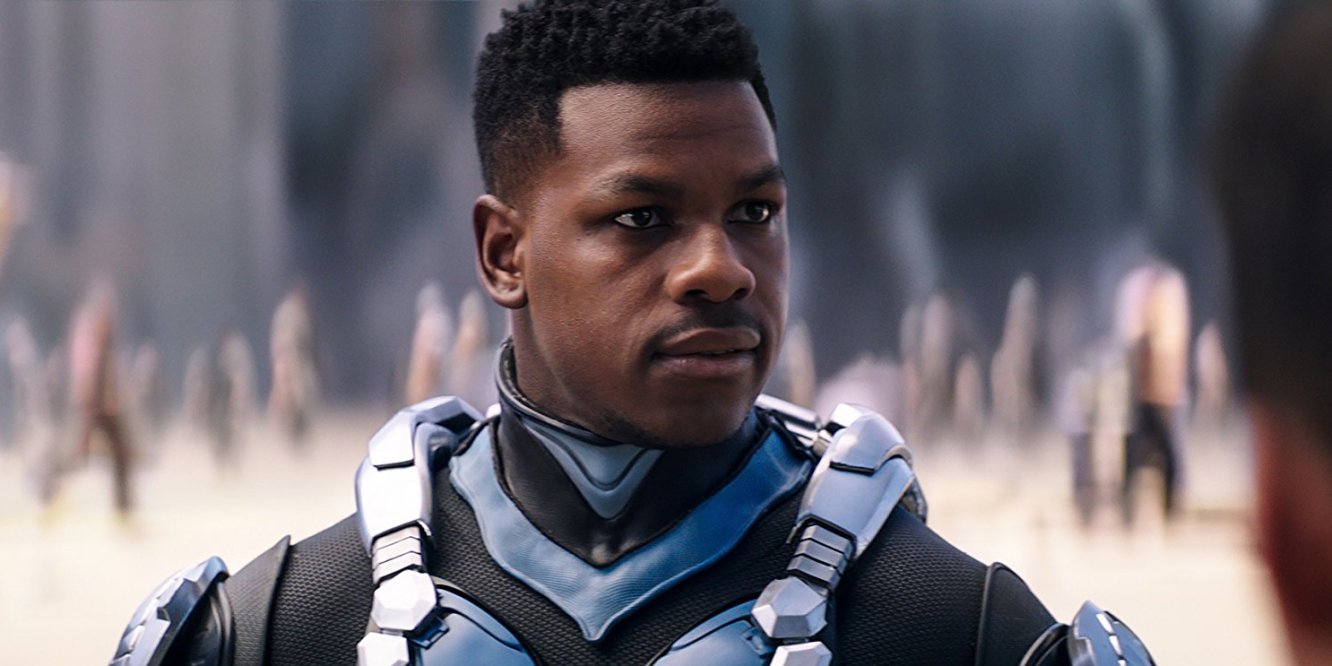 The fact that I am able to sit here and write a review for a Pacific Rim sequel is probably the single biggest indicator of how dramatically the power of the American box office has declined.

To be fair, Hollywood must have been expecting this for a while, especially when looking at the foreign box office takes of Pirates of the Caribbean or the Fast and the Furious franchises. But at least the aforementioned action movies usually made a decent buck in the US. Yet 2013’s Pacific Rim was almost a complete disaster in the United States. With a budget just shy of $200 million, it only barely tipped over the $100 million mark.

While this amount is paltry for the US, Legendary Entertainment could hardly ignore the fact that China ended up contributing $110 million to Pacific Rim’s $411 million wordwide total gross. Congratulations America! You are no longer the primary consumer of mindless shit blowing up!

And so here we are, five years later, with a sequel that has gone to great pains to cater to the Chinese market. Unfortunately though, it seems to have lost a lot of the original’s magic in the process.

Ten years have passed since the events of Pacific Rim and, with the end of the Kaiju threat, the world has started to rebuild. Former Jaegar pilot Jake Pentecost (John Boyega), son of war hero Stacker Pentecost, spends his days cannibalising abandoned Jaegars for spare parts that he can sell on the Black Market.

But his behaviour soon draws the attention of the authorities, along with fellow thief/technician Amara Namani (Cailee Spaeny). In order to avoid prison he chooses to re-enlist in the Jaegar program as an instructor, with Namani as his trainee.

Meanwhile, the Shao Corporation has just developed a drone program that would mean all Jaegars could be remotely piloted. Developed by Liwen Shao (Jing Tian) and Newt Geiszler (a returning Charlie Day), the new technology is about to be demonstrated in Sydney when a rogue Jaegar appears from the oceans and causes chaos.

Uncovering who exactly was piloting the rogue Jaegar is now a top-priority; forcing the team of Jaegar pilots and trainees to work together, solve the mystery and save the world.

In the years to come there will be those that say 2018 was the year that cemented Guillermo del Toro as a great filmmaker because of his Oscar win for Shape of Water. While I can’t argue with that assertion, I do think that Pacific Rim: Uprising should also be presented as evidence of how good a filmmaker he is. Not because of what appears in this film, but instead what doesn’t appear compared to his 2013 original.

Yes, it may be grossly unfair to compare the direction of a 20 year veteran to a guy that was making his directorial debut. But hey, that movie reviewing for you! In spite of the drastic chasm between their experiences, director Steven S. DeKnight doesn’t deliver a bad film. If anything, he delivers quite an adequate film. But that’s all Uprising ends up being: adequate.

Indeed, the nature of a sequel should be to push things forward. New ideas leading to new worlds. But Uprising utterly fails in this respect. For example, the actual stars of the film (the Jaegars and the Kaiju) seem almost unchanged from the first film, leading to a feeling of stagnation considering 10 years are meant to have passed. Hell, now that the Jaegars are no longer defined by the ethnicity of their crew, they’re actually harder to distinguish between!

But more importantly is that lack of humanity. Gone are the little empathetic touches that Del Toro brought to the fore and, almost subconsciously, elevated the original film. Just remember the attempt Gypsy Danger makes to rescue the fishing boat; or the attack on Tokyo witnessed entirely through the eyes of a frightened young girl. These are but two examples of the passion that Uprising fails to deliver.

Even the music has taken a bit of dive. Rather than the bombastic guitar riffs by Ramin Djawadi (whom I can only assume is now deeply occupied by Game of Thrones); instead we’re treated to a far more pedestrian action score that doesn’t do anything to boost the excitement in the same way as the original.

But despite the film’s lack of enthusiasm and engagement, DeKnight seems to have done much better in his casting. Boyega, as the film’s new lead, is easily the best part of the entire endeavour. Charismatic, funny and an absolute scene-stealer, his character has shades of Finn-like energy, but still stands apart as a well-rounded character. In some ways it’s quite the step up from Charlie Hunnam’s more morose Raleigh Becket in the original. Even the cacophony of young teens that make up the recruits end up being more enduring than annoying.

But on the other hand there’s Scott Eastwood, who appears as Nate Lambert, the leader of the Jaegar pilots. While a handsome fellow, he… Well, let’s just say he ain’t no Idris Elba. 😛 #NotCancellingTheApocolypse

If the original Pacific Rim was an outstanding debut album, then Uprising is the disappointing follow-up. While the sequel hardly kills the franchise, it does make the anticipation for a third installment significantly less pressing.

One Reply to “Review: Pacific Rim: Uprising (2018) – Not Quite As Arousing As The Original”