Say what you will about M. Night Shyamalan, but in spite of the triple consecutive disaster that was Lady In The Water, The Happening and The Last Airbender; the man who was once known as “the next Spielberg” really knows how to stage a comeback! While last year’s critical and audience acclaim for Split was so overwhelming that a sequel was almost immediately greenlit, it was still built on a foundation of other impressive films (okay, maybe not After Earth.)

The Visit, though low-budget and structured around the rather overused “found footage” angle, was one of those small steps on the path to redemption. It may not be the best horror/comedy ever made, but it is a damn good one. 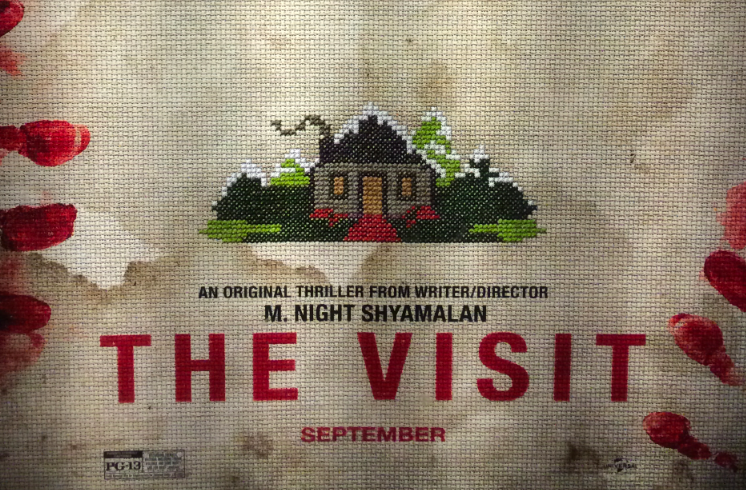 With their mother (Kathryn Hahn) going on a cruise with her boyfriend, Becca and Tyler Jameson (Olivia DeJonge & Ed Oxenbould) have asked to spend a week with their grandparents (Deanna Dunagan & Peter McRobbie). The two kids have never met their “Nana” or “Pop-Pop”, mostly due to their mother having cut off all contact over two decades earlier.

Wanting to try and repair the relationship, Becca decides to make a documentary film of their visit. Though their stay on the isolated farm starts well, it quickly becomes noticeable that their grandparents keep engaging in odd and strange behaviour. While the kids put this down to a generational difference at first, it soon becomes clear that all is not what it seems.

Despite the dismissive attitude shown towards the found-footage medium in the opening paragraph, The Visit does an excellent job in integrating said approach into the storyline. By telling the tale through the lens of a documentary, the stretching of plausibility in the writing is a lot less obvious than films like Cloverfield or Chronicle; and it’s a credit to Shayamalan that he manages to pull this off.

Said writing ends up essentially being a modern day adaptation of the old Brothers Grimm fairytale, Hansel and Gretel. Two siblings being sent into the unknown and must fend for themselves against overwhelming odds. There’s even a creepy scene involving an oven!

With such a heavy focus on two child characters, there’s no doubt there must have been much worry in finding someone suitable. But casting director Douglas Aibel seems to have done much of the heavy lifting in his discovery of DeJonge & Oxenbould. It’s hard to believe the duo aren’t actually American (they’re Australian); but, in addition to their believable accents, they give off a strong vibe of traditional sibling rivalry, as well as the casualness you might expect from two children that have lived together for their entire lives. While Oxenbould gets the majority of the laughs, DeJonge more than holds her own in her struggle to come to terms with the loss of their father from the family unit.

Speaking of laughs, though this film has the trappings of a horror, it’s quite impressive that Shayamalan has also taken the time to inject a thread of comedy into the proceedings. It can’t have been an easy tightrope to walk, but he manages to effectively balances the horror with the humour.

However, the real strength comes from Dunagan in her role as Nana. Swinging between dotting grandmother and disturbed weirdo with consummate ease, it truly is a portrayal to be reckoned with. Indeed, all five actors give strong performances and it’s through all of them that Shayamalan manages to tap into the terrors of childhood. Fear of abandonment. The strangeness of old age. The pining for home when in an alien environment. It all comes together in a tightly crafted film deserving of being known as more than “just another found-footage film.”

With a budget of only $5 million, and everyone pretty much hating its director on release, The Visit was never going to be as culturally defining as The Sixth Sense or Unbreakable. But with its strong script, edge-of-your-seat plot, and fantastically cast actors, it is nonetheless an extremely satisfying experience.