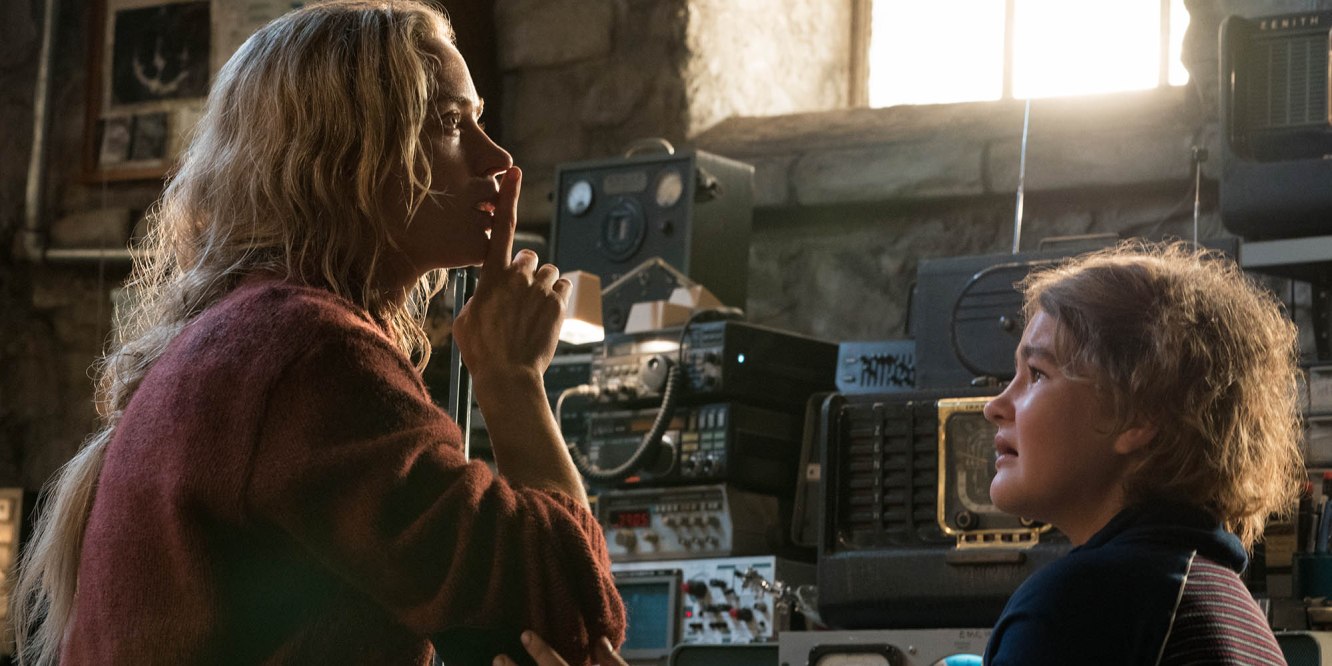 The nature of being an aspiring screenwriter is that you have to read a lot of scripts. A LOT of scripts. Most of them tend to be older movies (or early drafts of older movies), and some of them drafts of a project never made. But every so often I receive a script for a film that’s currently in production and usually planned to be released in the next 12-18 months.

A Quiet Place was one such example. Having received the script in late 2017, what caught my attention was that it only ran 67 pages. For those of you not in the know, a movie script traditionally runs one page for every minute of screentime; so 120 pages will clock in at around two hours. But 67 pages means we’re talking about a film that barely tips over an hour. Why on earth would anyone agree to bring such a bare-bones script to the big screen?

So I settled down to read it. And to say I was blown away by page nine would not come close to truly describing how utterly awesome the opening of the script was. And as I continued it was clear this would be a film that would have to be included on my list of most anticipated films of 2018.

But the version of the script I read (written by Scott Beck and Bryan Woods) would later be rewritten by director John Krasinski. As director he probably made numerous changes on-set too. So the million dollar question is… Is the final product as engaging and exciting as the script I read?

Long Answer: No, because it’s a fuck-ton better. 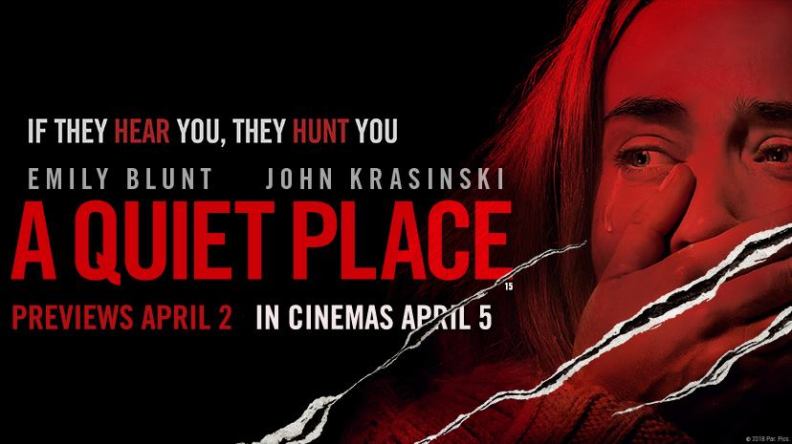 The year is 2020 and society has been decimated. Strange monsters roam the world, hunting and killing humans. But these violent creatures, being blind, can only hunt their prey through sound.

Lee Abbott (John Krasinski), along with his wife Evelyn (Emily Blunt), lives deep in the countryside. Cut off from the rest of humanity, they struggle to teach their two children, Regan and Marcus (Millicent Simmonds & Noah Jupe), how to live in this new world. Together they learn new approaches and techniques that allow them to survive without needing to make a sound.

But there’s a problem… Evelyn is pregnant.

And so the challenge begins. How do you give birth to and raise a baby in a world where the slightest sound means death?

A Quiet Place choosing to tell its story without dialogue isn’t all that original when you think about it. After all, for decades all movies were completely silent. And more recent movies, like 2011’s Best Picture Oscar winner, The Artist; or last year’s The Red Turtle, show that this method of storytelling is still quite relevant. But like most great movies, it’s not the idea, but rather the execution. And it’s here that Krasinski, in his triple role as co-writer, director and star, absolutely excels.

Though only his third directorial feature (and his first horror), the skill Krasinski shows onscreen is one of a seasoned legend. For example, in a film where all information has to be presented visually, Krasinski knows exactly how long the camera has to linger, and yet doesn’t keep it so long that irritation sets in.

Credit must also be given to his casting choices, specifically the decision to cast an actual deaf actress as his daughter. Also, while casting his real-life wife in the supporting lead may smack of nepotism, how can you complain when it’s someone as accomplished as Emily Blunt? Her role, though supporting, is nonetheless just as important. Indeed, while Blunt and Krasinski’s characters imbue the classical traits of protective father and emotive mother, the mastery of the script allows the actors certain scenes to occupy the others’ traditional characteristics. 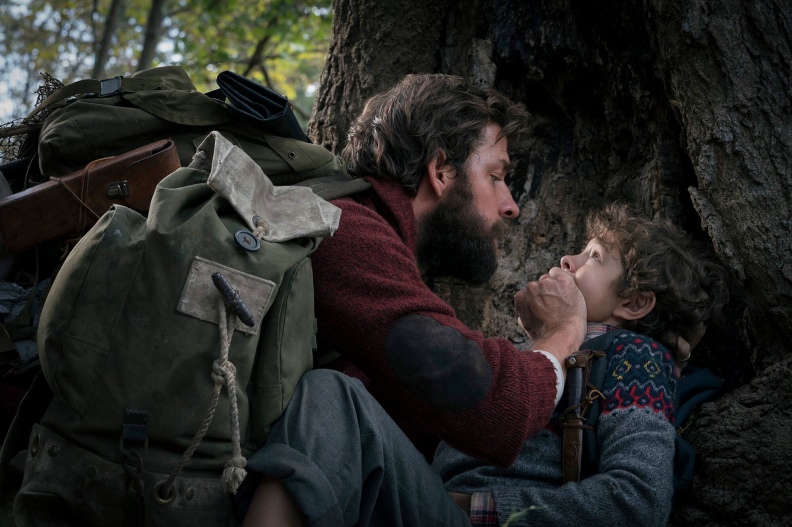 But, of course, sound is the most notable aspect of this feature; and it’s here that supervising sound editors, Erik Aadahl and Ethan Van der Ryn, have absolutely outdone anything released so far this year, and likely for the remainder of 2018. From the quietude of footsteps, breathing and panting, to the thunder of screams and monster roars; each sound has been appropriated to wring the maximum amount of tension. It is an absolute masterclass of sound editing and a guaranteed Oscar nomination come 2019.

In fact, there’s a little bit in me that would suggest maybe the cinema isn’t even the best location to experience A Quiet Place. With silence such an integral part of the adventure, even the slight sound of rustling sweet packets, crunching popcorn or even light breathing can be hugely distracting. So if you happen to have a soundproof panic room on hand, perhaps watch the movie in there?

But despite the fantastic mergering of sound and image, the one downside would be the CGI effects. While the design of the monstrous creature is appropriately disturbing, invoking shades of the Xenomorph from the Alien franchise; the actual effects themselves don’t quite blend in with the surrounding environment. It’s hard to say, but perhaps a physical puppet would have made for a better choice.

While not as socially ground-breaking as last year’s Get Out, A Quiet Place is still a film that treads new territory, as well as successfully exploring the emotional fallout when the desire for normality clashes against the constant peril of death.

Without question this film should be considered one of the most original and well-executed horror films released this side of the millennium.