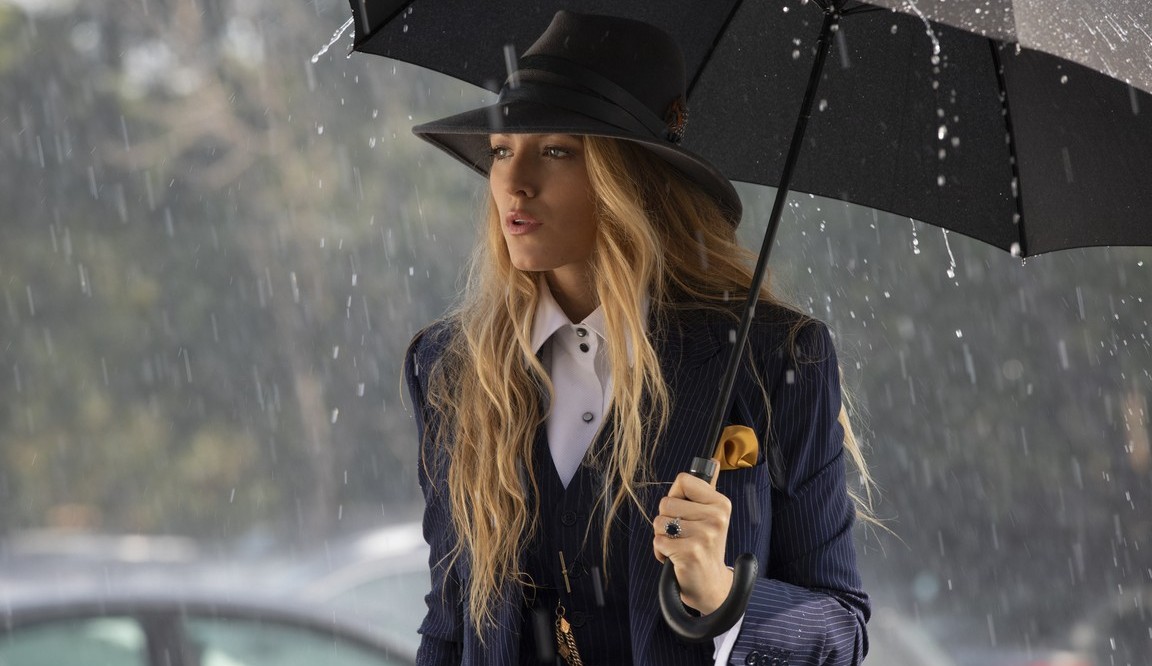 It’s hard not to feel sorry for director Paul Feig after the utterly asinine backlash to his female-led reboot of Ghostbusters back in 2016. Having made a film myself in the two years since, I can easily emphasise with the dedication he put towards that feature; and can only yell in despair at how his hard work was treated.

Rather than attempting to stage another big budget extravaganza, Feig has instead returned to the small scale approaches of his past work. But he still ends up being a rather odd choice of director. For a man that has almost exclusively worked in comedy, it feels like the twisty thrills of A Simple Favour (yes, that’s spelt correctly. I’m British!) might be a step out of his comfort zone. But in the same way that the blood-soaked hands of Sam Rami managed to take the Spider-Man series to new heights, Feig’s experience ends up bringing a lot of joy to this tale of mystery.

Based on the debut novel by Darcey Bell, A Simple Favour follows Stephanie Smothers (Anna Kendrick), a single mum who earns a living by running her own video blog. But on one school run she’s thrust into the orbit of Emily (Blake Lively), a high-flying fashionista with several odd eccentricities.

As their friendship develops, Stephanie gradually starts helping out Emily when it comes to childcare. So Stephanie smells nothing untoward when Emily asks her for “a simple favour”; to pick up her son from school and look after him for a few hours.

But hours soon turn into days and it quickly becomes apparent that Emily has gone missing. With very little evidence, and only Emily’s husband, Sean (Henry Golding) for help, Stephanie begins to investigate the disappearance of her friend. But it soon becomes apparent that she didn’t know Emily as well as she thought she did.

Sure, it’s easy to immediately compare this movie to Gone Girl or The Girl On The Train. But while the aforementioned duo revel completely in the darkness of murder and other nightmarish imagery, A Simple Favour ends up having a surprisingly decent streak of comedy throughout. Mostly this is down to Paul Feig, who ends up being a fantastic choice for director. Honestly it’s hard not to be impressed with the tonal tightrope that Feig manages to walk, all the time juggling what seems to be five different genres. He may drop the ball occasionally, but he still reaches the end without having everything fall apart.

But at its core, A Simple Favour is still a mystery-thriller. With an excellent script from Jessica Sharzer, the story never gets stuck in a rut, moving swiftly through the evidence and red herrings. Indeed the central mystery, while often pushing the limits of plausibility, nonetheless keeps you engaged throughout the high-stakes female friendship.

Of course such friendship is only so mesmerising due to the brilliant chemistry between its leading ladies. Though both do well, it’s Lively that comes out on top. Foul-mouthed and straight-up not giving a fuck, Lively dominates like no other, tearing through each of her scenes with reckless abandon. If anything she could easily give her real-life husband, Ryan Reynolds, a run for his Deadpool money.

The nature of the story results in Kendrick more or less filling the role of straight man to Lively’s wild performance. At first she does seem a little miscast, coming across as a little too youthful to believably present a subdued and tortured single mother. But as the investigation into Emily’s disappearance begins, it’s easy to get caught up in the character’s desire to stop at nothing and discover the truth.

However, above all else, the one thing that must be raved about is the onscreen fashion. Because, Christ Almighty, nothing beats Blake Lively’s outfits. Costume designer Renee Ehrlich Kalfus has done the impossible and made this red-blooded male stare at Mrs Lively purely because of the spectacular creativity in her clothing. If you thought James Bond was dressed to kill, he doesn’t have shit on what the character of Emily wears.

If anything, the problems the film has are fairly inconsequential. Yes, it wouldn’t have hurt to shave off a good 10 minutes, and Golding’s character doesn’t do much apart from look incredibly, incredibly handsome. But there’s still a lot to enjoy in this dark comedy, and even with some of the humorous beats missing the mark, the end result is still endlessly entertaining.