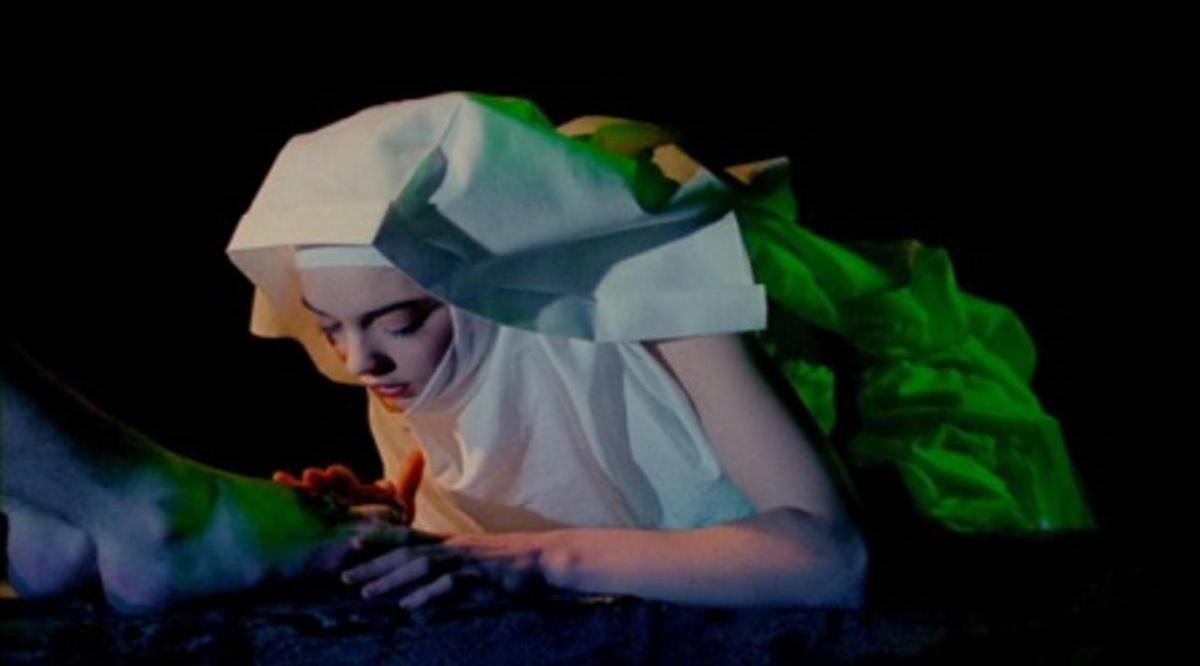 (Author’s Note: My 100th Post! Special thanks to all the people who subscribe to my blog and have enjoyed my work over the past 7 months. Here’s to the next 100!)

From as far back as 401 A.D, when the Council of Carthage decreed that those who attended a play on a holy day would be excommunicated, religion and censorship have gone hand in hand for centuries.

As the years went by, performances of the stage would be replaced by those of cinema and eventually television. And like their artistic forefathers, screen performers would have to deal with the sometimes dictatorial views of religious leaders.

The U.K was no different in this matter as royalty and governments have banned a variety of plays and films over the past thousand or so years. But it was still quite the surprise to found out that, in the 105 years of its existence, the British Board of Film Classification (BBFC) have only ever banned one film for the crime of blasphemy. 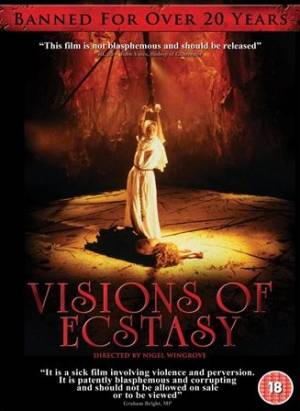 Directed by Nigel Wingrove, Visions of Ecstasy (VoE) was an 18 minute short released in 1989. Essentially a three-hander, it stars Louise Downie as St Teresa, Elisha Scott as St Teresa’s psyche and Dan Fox as Christ himself.

Now it would be gratifying to say that VoE was a hard hitting look at religion and its relationship with women and sexuality; thus invoking the wrath of organised religion and flying the flag for free speech… 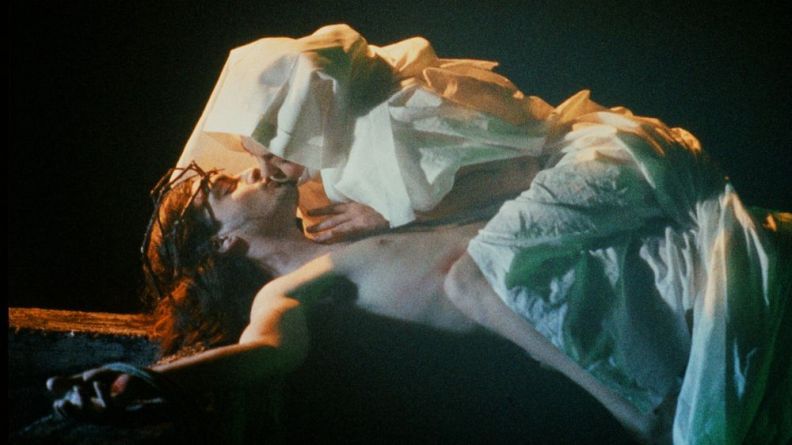 However this was enough for the BBFC to fear that by allowing the film to be released as it was they would be liable for prosecution. Specifically under the common law offence of what was then known as blasphemous libel.

To be clear, the BBFC don’t technically ban films. Rather they refuse to grant the film an official certificate (U, PG, 12, 15 and 18.) Without it, most UK cinemas and distributors won’t touch such a product as a certificate-less film is illegal to show as a public performance. Thus, for all intents and purposes it becomes banned. (Though this is a little less of an issue these days because of the rise of the internet; to which most video recording legislation doesn’t apply)

But back in 1989 the internet was in its infancy, so the refusal of classification was essentially a death knell for VoE; and the issue eventually ended up going in front of the courts. Specifically the European Court of Human Rights.

To be fair the BBFC weren’t unreasonable in their decision, especially as the last successful prosecution for blasphemy was only 12 years earlier in 1977 during the case of Whitehouse v Lemon. Even 30 years later in 2005, when the BBC decided to show Jerry Springer: The Opera, there was an attempt to bring a private blasphemy prosecution against them (which ended up being rejected.)

According to a case study on the BBFC website, the actual debate was to see…

whether the existence of a law of blasphemy was consistent with the right of Freedom of Expression, guaranteed by Article 10 of the European Convention of Human Rights.

Turns out it is!

Amazingly the court thought that it was possible to have both laws co-exist as… (deep breath!)

Religious believers cannot expect to be exempt from all criticism and must tolerate the denial by others of their beliefs. However, the State has a responsibility to ensure the peaceful enjoyment of believers’ rights under Article 9 (Art. 9).

In this connection, a State may legitimately take measures against conduct which is incompatible with this provision. Such measures may include sanctioning provocative portrayals of objects of religious veneration, which portrayals may be regarded as a malicious violation of the spirit of tolerance inherent in democratic societies.

Accordingly, the Commission considers that the refusal of a classification video to the applicant was prescribed by law within the meaning of Article 10 para. 2 (Art. 10-2) of the Convention.

(You can read the entirety of the court’s decision here as a downloadable pdf.)

But as you may have noticed from the DVD cover above, VoE is now available for public consumption. This is down to the decision to remove all legislation relating to blasphemy in the 2008 Criminal Justice and Immigration Act. The director, Nigel Wingrove, was afterwards invited by the BBFC to resubmit his film; and it was duly awarded an 18-certificate.

As such the “crime” of blasphemy has more or less faded from British view. But a mere glance at a newspaper would show that blasphemy is alive and well in many parts of the world; even for some of our closest neighbours such as Ireland.

As for VoE, there exists a copy of the film on YouTube (which you can watch below). While adults should always have the freedom to make decisions about what they should watch, let’s just say you also have the freedom NOT to watch it! 🙂