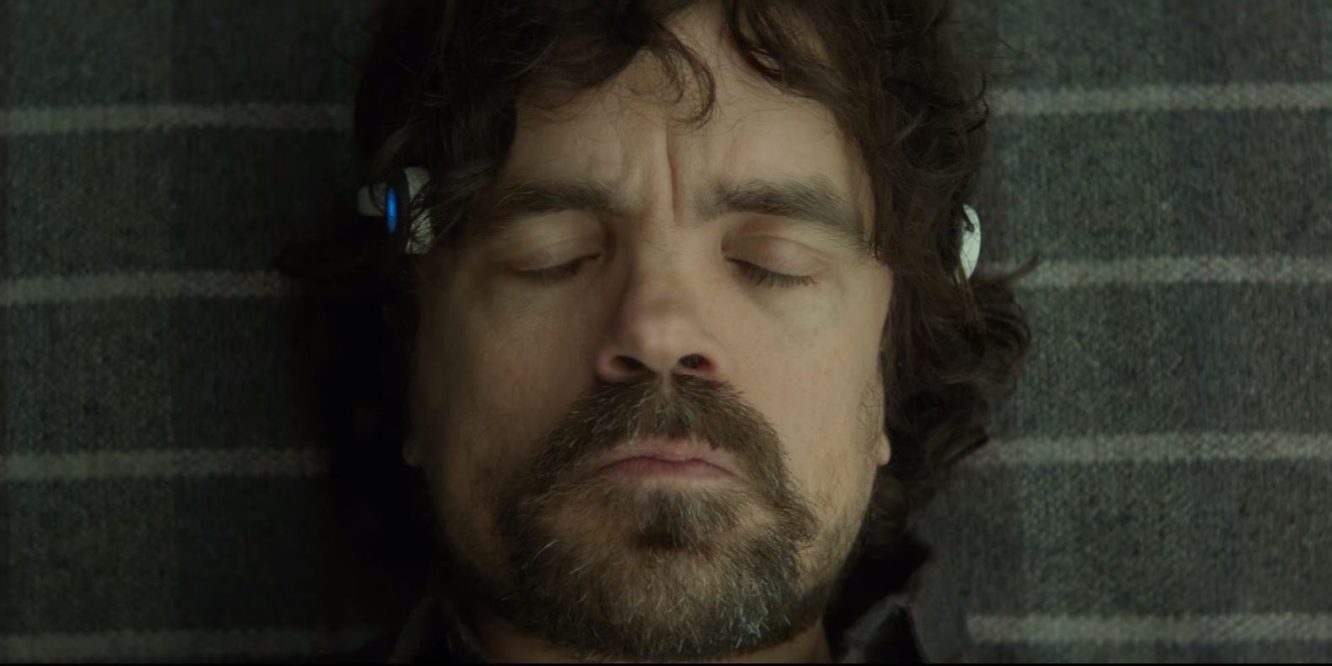 The thing about the main players in the Game of Thrones cohort is that, because of the time they need to dedicate to filming the popular fantasy series, they aren’t exactly spoilt for choice when it comes to leading roles for the silver screen.

As such, we get to see Kit Harington in the bombastic Pompeii; Emilia Clarke in the bottom-of-the-barrel Terminator Genisys; and Nikolaj Coster-Waldau in the lily-white Gods of Egypt. Can Peter Dinklage do any better in his cinematic choices? 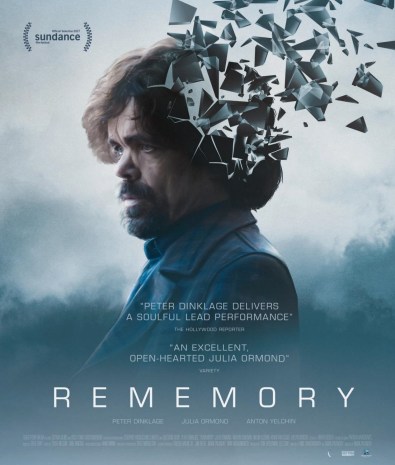 Sam Bloom (Peter Dinklage) struggles with the memory of a car crash, in which he survived, but his brother Dash (Matt Ellis) did not. Needing relief from the pain, he takes an interest in a “Rememory machine”; a device created by Dr Gordon Dunn (Martin Donovan.)

Said device is intended to be used by patients wanting to overcome traumatic past experiences. This is done by extracting said memories in order to view them as an objective third party. But soon after the existence of the device is revealed to the public, Dr Dunn is found dead in his office.

Sam chooses to then start an investigation into the doctor’s death. But obstacles seem to spring up at every turn; ranging from the money-hungry CEO, Robert Lawton (Henry Ian Cusick); the doctor’s ex-wife, Carolyn Dunn (Julia Ormond); and even Dr Dunn’s former patients, Todd and Wendy (Anton Yelchin & Évelyne Brochu.)

Things do not bode well in the opening 90 seconds, with the most blatant exposition scene I’ve witnessed since the franchise-killing monologue of The Architect from The Matrix Reloaded. (“You know what I want to do more than anything?… Go fishing with my brother, like when we were kids!”)

But as the film continues, the complexity of the plot means the film requires several scenes of extended exposition. Because of this, Dinklage’s character spends an oddly large amount of time talking to himself. While this is obviously for the audience’s benefit, it’s also hard not to see this as down to a lack of screenwriting prowess from writers Mark Palansky and Michael Vukadinovich.

That said, this is undoubtedly a film where the actors give great performances, even if they are unable to do much to elevate the material. While Dinklage is the star, and adequately plays the strong sense of guilt needed for the role; it’s actually Martin Donovan’s Dunn that stands out in a fellowship of pained individuals.

In his portrayal of a father who’s lost a child, Donovan brings pathos and empathy to his understandable desire to deal with the memories of his dead daughter. And while maybe not to the same extent, all the supporting actors manage to believably depict their many varied moments of grief. Even the involvement of the recently passed Anton Yelchin brings both a fictional and a real moment of sadness, especially since with the release of Rememory, we have only one more chance to experience the young man’s fine work.

But it’s clear that Rememory isn’t quite sure what type of film it wants to be. Is it a thriller; exploring the dark side of capitalism and corrupt businessmen? Or is it a mystery; where each piece of evidence must be slotted into place to discover the true murderer? Or maybe it’s fundamentally about grief, and how human beings struggle to overcome the trauma in their lives?

While two of these genres may have been palatable, the increase to three makes the piece feel overwrought and somewhat headache-inducing, as if we were coming down with a visually bland version of brain-freeze. Even the film itself seems to recognise that the whodunit aspect is the strongest thread, as it’s the only plot line to resolve in a reasonably original and satisfactory manner. The resolve for the remaining two threads, however, don’t stretch believability as much as they get torn into tiny pieces by the strength of a thousand Incredible Hulks.

While there are some films that are splashed across the big screen in order to make a quick buck, Rememory is not one of them. With all its failures, it’s clear that there was a drive, a vision, and a passion from the creatives behind the scenes.

While the Hollywood accountants may not be as forgiving, I am personally of the mind that Rememory should be seen as a noble failure. A dignified attempt to do something different, but not quite able to pull it off in the end.

Rememory will be available on VOD platforms from September 8th 2017.